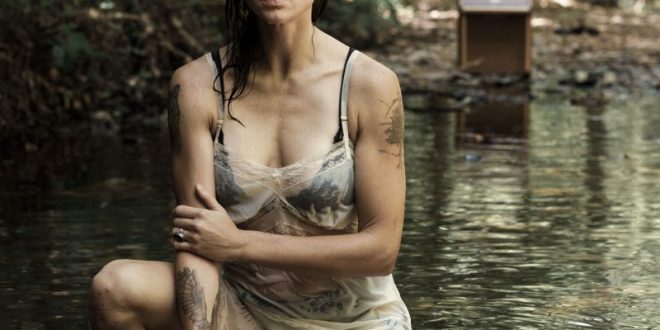 Nashville based artist Hannah Fairlight’s Muscle and Skin is out now at all digital outlets with a physical CD and vinyl coming later this year.
The songs on Muscle and Skin dance between sassy retro vibes and haunting string-laden odes of hope, lost love, and regret. “This Silence” and “Do What You Said You Wanted To” splash listeners with an upbeat self-righteous opening. “Too Late To Wonder” and “Do You Ever Think of Me” settle us into more familiar Folk/Americana territory, while “Bells,” “Money & Run,” “Mother Moon,” and “Walk Away” are beautiful storytelling ballads. The title track “Muscle & Skin” leaves us pondering our own accomplishments and defeats.
Fairlight’s voice is the thread tying it all together. The songs date back years to recent months, exploring a span of Hannah’s more personal catalogue. “I wanted to reveal my true self and confront some of the struggles I’ve faced. No box to fit into, no commercial outlets to impress. I wanted to be completely honest. I got sick of dressing things up, trying to ‘be something’. I wanted to let out the real, raw songwriter underneath” explains Fairlight.
Recorded and produced by Austin Hoke and Fairlight and mixed by Grammy nominated Brett Ryan Stewart Muscle and Skin is Fairlight’s third studio album.
Fairlight has since lived and performed around the world, released two studio albums after moving to Nashville, “Creatures of Habit” and “Bright Future”. You may also recognize Fairlight from her role as “Veracity” in Universal’s Pitch Perfect 3 and A&E reality TV show “Crazy Hearts”.

Stephen Vicino is the founder of MusicExistence.com. He created this site to give talented musicians a voice and a way to be discovered.
@@svicino
Previous U2 Classic ‘With Or Without You’ Re-imagined As Dream Pop
Next Single Review: Malou Beauvoir “NWAYE”