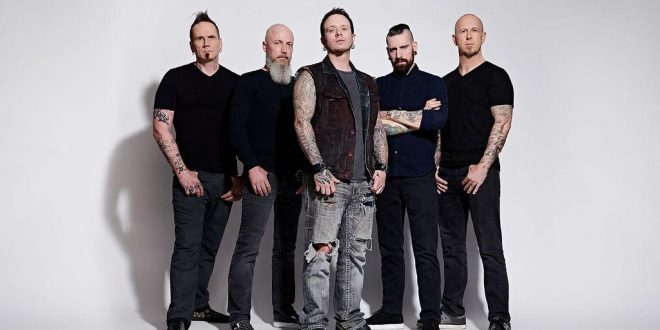 2
SHARES
FacebookTwitter
The final “Quarantine Sessions” video from Canadian all-star modern metal band Imonolith
“Breathe,” is now available.
Watch the latest clip today, exclusively via Ghost Cult at https://www.ghostcultmag.com/exclusive-video-premiere-imonolith-breathe-the-quarantine-sessions/.
The only track released out of sequential order, “Breathe,” is the seventh song on the band’s debut album.
“This is when the album takes a bit of a turn, offering a different vibe. Instantly this song sets itself apart from the others with a melodic clean guitar intro, accompanied with some cool sounding effects,” says vocalist Jon Howard. “My vocals beginning in the first verse are very relaxed and chill sounding, then build into a larger than life chorus. When I first heard the demo of this song, it sounded like it had been written before, like it was already a big hit from another band. Nope! It’s a new song, and we wrote it. So that’s a really good sign that we have something big here! Also, this song really captures our low tuned guitars, and even though it’s a slower tempo and very melodic, it crushes pretty damn hard with heavy guitars at the same time.”
Howard has also been testing his editing skills with each of the videos, with each band member recording his own footage at home and sending video to the singer to compile.
“Each video in the quarantine series is footage taken by the band members in their home,” Howard says. “They record video with several different angles playing each song on the album, then send the footage to me for editing. Each song has a unique feeling, so when editing each video, I try to capture that with different filters and editing techniques. The goal when recording my own video footage is to do something completely different each time. I am fortunate to have a lot of space in my home and have come up with several new ideas when shooting my play through footage. For example, in this video I sang in a room with all the guitars I own. The various colors and lighting create a very warm vibe for this song. Since this is a more melodic slower tempo song, I felt this was a great approach.”
The unexpected downtime due to COVID-19 has allowed Imonolith to get creative with video content and to connect with fans in new ways. Tune in to Imonolith’s live feed on Instagram tomorrow at 3:30 p.m. EDT/12:30 p.m. PDT for a weekly discussion with band members about the playthrough video and much more.
Previous “Quarantine Sessions” are available online:

NewYork Based Photographer. Music Enthusiast with a background in Graphic Design. Whether I'm shooting a live event or just out wondering the streets its about capturing the moment.
Previous JINJER to Stream Melbourne Show this Thursday via Knotfest.com
Next U2 Classic ‘With Or Without You’ Re-imagined As Dream Pop