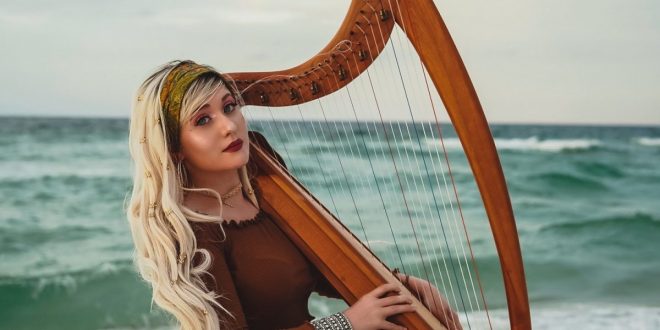 Melodically soft and rather innocent in its placement beside the ebb and flow of an impeccable instrumentation, don’t be fooled by the fragile tone of IVEEN’s lead vocal in the new single and music video “Orion;” for her voice is more than capable of dishing out poetry that can move mountains here. In this track, IVEEN establishes herself as a singer who cares more about the balance of texture, tonality, rhythm and rhyme than she does anything in her cosmetic profile, and interestingly enough, she emerges from the studio with what would sure appear to be a firm handle on both fronts.

The music video for “Orion” is a heck of a lot more complex than the song is by itself, but neither are sporting the kind of exaggerated pomp that would repel anyone other than casual pop fans who get lost in the gaze of a varnished hook more than they do anything else. IVEEN isn’t wasting our time with fat-saturated basslines and oversized breakdowns; she’s got a message she’s trying to get to the world that has less to do with commentary and everything to do with introspection. Pop hasn’t had something that human to celebrate in a long time, which makes this quite the gem this June indeed.

I think the percussion shapes the mood of the vocal just as significantly as any of the melodic components in the mix do, but I wouldn’t say that this song is reliant on its beat to generate chills. Instead, IVEEN is utilizing most every weapon at her disposal in the studio here, and though she’s steering clear of anything over the top, she isn’t afraid to dabble in elements and influences that allude to genres like synthpop, R&B and even trance music in this single.

IVEEN is a very new face to most of us, but I think it’s obvious after listening to “Orion” that she’s going to be one of the more important songwriters to keep up with in her peer group. This generation of stars coming out of the woodwork right now doesn’t have a lot in common with those who came before them, but in all the right ways. This is a pivotal moment in the history of all pop music, but with experimentalists like IVEEN leading the way, I’m certain that the melodies we all know and love are going to keep coming in droves.