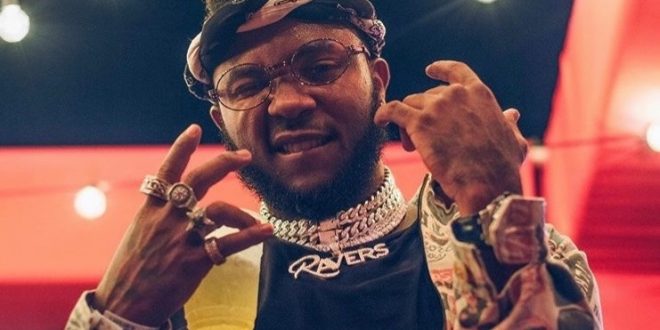 1st Klase (Klase Gonzales) is a Trinidad-based, multiplatinum-certified hip hop artist and producer. Back in 2017, Gonzales rose to prominence with the Bunji Garlin collaboration “Dance in Paint,” and sustained that momentum the next year by way of the follow-up single, “Holding Back,” and full-length Don’t Scratch My Spaceship the year after. Having kicked off 2020 by expanding further on his single output, Gonzales is back with his latest single, “Feng Shui.”

Though the song was released earlier last month, I found it to be wholly suitable for summer, especially with the season’s recent full-swing arrival. The song’s beat, though a little on the simplistic side, is still nonetheless resonant. Its bass factor booms where it matters, while Gonzales’s vocal tonality accentuates the presentation both in autotune and looser, shouted forms. The song’s accompanying music video contributes just as well, and is especially pertinent to the song’s theme about striving to maintain an uninterrupted, straightforward sense of harmony. With its current traction, 1st Klase is definitely poised to have another hit under his belt.

I come from a family who is passionate about all things music. I learned to sing at an early age, and by 13, had my very own Fender Strat guitar. I tried my hardest at learning all that I could. Because I was born with cerebral palsy, I had to teach myself an adaptive playing style. I learned to write and record my own music, despite these difficulties. In college, I started making great use of my writing abilities by reviewing music, as well as copy editing. I guess it's best to stick with what you know, while welcoming a fair challenge at the same time.
Previous Album Review: Grey Daze – “Amends”
Next Dirty Honey Releases Latest Suitcase Sessions Video for “Down The Road”