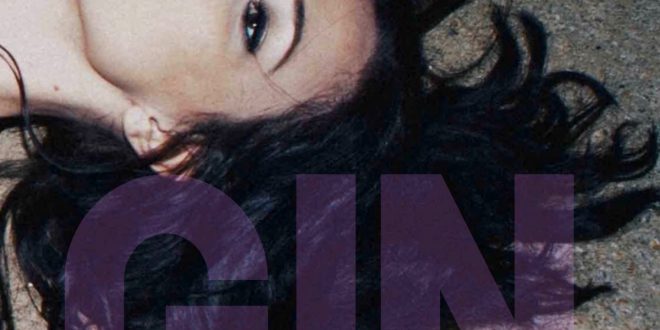 There’s something horribly appealing in sadness, isn’t there? Although happiness has and always will be an immense part of the arts, the real money has always been on sadness, hasn’t there? What are Shakespeare’s most famous plays? Hamlet, Romeo and Juliet. Both tragedies.

And if you’re looking for a modern telling of a tragedy, there’s nothing better than American artist Gin Cooley’s brand new eponymous EP. “Gin” is a phenomenal and soulful journey into the artist’s imagination, which is colorful to say the least. But not only that, the album is also strangely universal.

In her songs, Gin Cooley, a former international model and all-around talent, manages to express certain feelings that are buried somewhere within us all. There are several songs that stand out on this album, starting with “Breathin’ to the Rhythm”.
Now, the reason this one stands out is because it’s such a different kind of track to the rest of the album. It’s highly techy and big on the electronics, and puts one in mind of a robot. As with any song, it’s impossible to know what the artist meant by a certain track, but this song, no matter how many times I listen to it, makes me think of the incredible loneliness of a robot.

Cooley continues along this sorrowful, yet interesting path all through the album. “Death of a Friend”, as its title suggests, depicts a tragic loss and the aftermath. Although it’s full of grief, it somehow manages to focus not on the death itself, but rather the very grim, yet very necessary need to survive, even after you lose someone you care for.

“Unattainable”, which actually paved the way for the album’s release, is, in a word… unattainable. Once again, the tune itself is up to interpretation, having a very wide appeal. But there is something special in the rhythm of the song, something seductive, yet aloof. Appealing, yet impossible to have.

But that’s not true for the rest of the album. Although Gin’s voice does bear a wonderful sense of enchantment and ignites an attraction to the impossible, the album is characterized through its broad appeal. It’s a universal album that deals with universal themes, and as such, a hit for sure.

Stephen Vicino is the founder of MusicExistence.com. He created this site to give talented musicians a voice and a way to be discovered.
@@svicino
Previous The Legendary Colombian Rock Band DISTRITO ESPECIAL Returns With New Album “No Tire Tanta Bala”
Next Chaos Jr – Sober