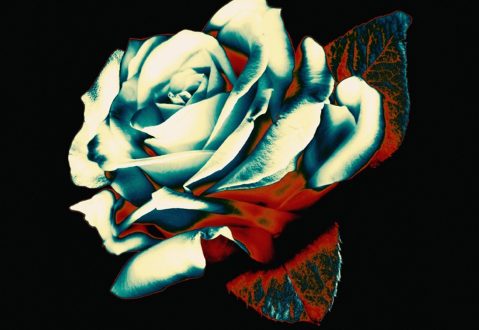 Before Linkin Park, Chester Bennington gave us his mid-90s, post-grunge rock band Grey Daze. Formed in Phoenix, Arizona the band was active from 1993 to 1998 before Bennington left to front a new band in California called Xero. As fans know, Xero would later change their name to Linkin Park and secure a record deal with Warner Bros Records. But the story of Grey Daze isn’t’ over yet, and shortly before Chester Bennington’s untimely passing in 2017 he announced a reunion with his former childhood bandmates; Sean Dowdell, Mace Beyers and Cristin Davis.

Using previously recorded vocals from the 90s, Grey Daze has reimagined a number of their former tracks to form Amends, their newest album released last Friday via Loma Vista Recordings. With the blessing of the Bennington family, these songs continue Chester’s legacy and showcase the singer’s multi-layered approach to songwriting.

Early singles “What’s In The Eye,” and “Sickness” both display a sound familiar to the early 2000s rock scene that dominated radio two decades ago. These tracks were still five years ahead of their time but show a band on the verge of discovering the next significant rock sound.

Heavier elements of the album come from “Just Like Heroin” and “B12.” Both songs push Bennington’s vocal range, with the latter incorporating unexpected hints of dubstep and hard rock. There’s a seamless camaraderie between Bennington and the rest of Grey Daze making it seem like the band recorded these tracks only a few months ago.

While the album’s second half creates a more somber tone, the highlight of the entire record can be heard towards the end on “Morei Sky.” The song contrasts between haunting piano parts and heavy guitar solos that amplify the track’s eerie lyrical innuendos. “If I had a second chance, I’d make amends. Only to find myself losing in the end,” seems like Bennington might have predicated his fate long ago and subconsciously warned himself throughout these early recordings.

While this album won’t go down in rock n’ roll history, Grey Daze has provided Linkin Park fans with another chapter of the Chester Bennington storybook. Amends not only provides closure for fans but showcases the deep-rooted emotional side of Bennington’s lyrics, that proved to be present long before his Linkin Park days. While these tracks may be difficult to digest, the on-going collaboration and support from the Bennington family prove that releasing this album was the right decision. Chester Bennington was, and forever will be, a frontman to be remembered and continues to pave the way for aspiring musicians across all genres.