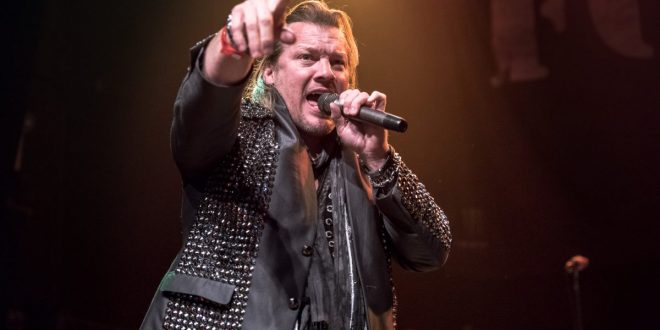 Kuarantine- the new KISS cover band started by Chris Jericho, Kent Slucher, Joe McGinness, and PJ Farley during the pandemic- is back with their second single, ‘Heart of Chrome’. We got the chance to chat with frontman Chris Jericho about quarantine creativity, classic KISS, and his band Fozzy’s upcoming record. Check out the interview and their new music video below!

The band was created in the midst of this pandemic, so all of your content is created remotely. Has this made things more difficult for all of you during the creative process, or has it forced you to think outside of the box?

It hasn’t been too different from normal because I don’t usually mix any of the records. I’ll just get the tracks from the guys, head to the studio by my house, and track the vocals. It’s kind of similar to how we make records, period. The only difference is I haven’t met our guitar player (Joe McGinness). So, it’s interesting to see how we can make music in this day and age when nobody even has to meet each other anymore! It’s one of those benefits of the pandemic because people have to be creative and go out of your way to be as creative as you possibly can. And this is one of the ways that we’ve done that- by starting a band without being in the same city, or even knowing the guys!

Was the bond over 80s era KISS the driving force to creating Kuarantine? If not, what was?

I think so! There’s a certain niche KISS fanbase that loves 80s KISS, and Kent (Slucher) and I had known for years that we were both no-makeup KISS fans. He sent me the drum track for our first single, ‘No No No’, and said that he was doing a couple covers just for fun and I told him to let me know if they needed a singer, he said “We do!”, and that’s how it all started. This is just one of the ways we’re being creative during the pandemic and not falling into that ‘Groundhog Day’ kind of feeling. I refuse to allow that to happen.

As you mentioned, ‘No No No’ was your first single and the thing that brought everybody together. So with your new single, ‘Heart of Chrome’, was that the specific song you wanted to tackle next, or was it another demo sent along?

We recorded both songs at the same time, knowing that we wanted to do something special. A lot of people right now are creating supergroups and releasing stuff on their Instagram pages, and that’s great, but we wanted to do something a little bit different and bigger than that. So we decided to release the first single to see how much buzz we could create and how much air time we could get. And now releasing this single, we even got Bruce Kulick to play on it, who originally played guitar on these songs- he was a member of KISS during that time in their history! What’s really cool is that only in a pandemic would you be able to start an 80s KISS cover band with the guitar player from KISS!

Every week you’ve been going live on Facebook for your ‘Saturday Night Special’ show. This week you’ll be having your bandmates as guests, will you be performing for everyone? If not, what are you doing to reach out to your fans?

I started the ‘Saturday Night Special’ just for that reason! It’s hard to do a song completely live like that, but I wanted us to all do the same thing. Everyone having a good time, just hanging out in their house, but make it even better by everyone hanging out with me in their house. People are really interesting in things I have to say, and Lord knows I have plenty of stories to tell! I think the interactive option we have while doing it over Facebook or Youtube live makes it really special. I really appreciate the fact that people are enjoying it, and I think the fact that I don’t plan any of it makes it more enjoyable because it just feels more like a hangout. With this, I feel like I’m doing my part (during this pandemic) to keep people entertained.

Your other band, Fozzy, is planning on releasing a new album this Fall. Are you going to be creating similar content with this band while everyone is stuck at home?

It’s interesting because we started recording this record before the pandemic even happened, so it kind of came to a halt. I know we’re starting to record drums this week, then bass and vocals, but with Fozzy we need things to be more specific than a KISS cover band because we have direct competition. But I’m grateful for Kuarantine for keeping my vocal chops in shape. Our new single ‘Heart of Chrome’ was some of Paul Stanley’s craziest vocals as far as key and how high the notes are. I think that kind of kept me sharp in the studio for when I record Fozzy vocals.

In the music video for ‘Heart of Chrome’, everybody is at home jamming out, but you chose to jam out in your car. Was that a purposeful decision, or is that just how it played out?

It’s actually an homage to Gene Simmons in the ‘Domino’ video because he was driving his car! He was drinking a soda at one point, so I figured I’d do the same thing. I grabbed a slurpee and got on the road- there was nobody on the road anyway- so I just filmed myself driving around and sent that in to be in the video.

Is there anything else you want the world to know about Kuarantine or the upcoming music from either of your bands?

With Kuarantine, our hope is that we can do this for as long as we want, and cover songs that people may have forgotten or never heard before. We’re excited to do more in the future when the time is right, and we’re excited to do more with Fozzy as well. It’s funny because we originally wanted to call the new (Fozzy) album, ‘2020’, but now that we’re getting to the later portion of the year, by the time the album comes out, it won’t be as cool as if we had called it that and released it on New Year’s Eve 1983. We’re going to change the name, but other than that, it will stay the same. It’s going to be a badass record for sure. 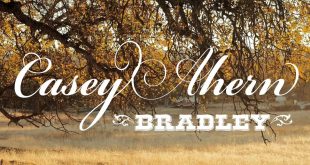