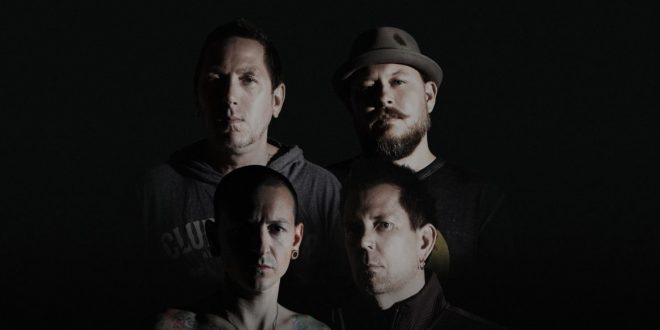 Grey Daze, the Phoenix-born, Chester Bennington-fronted band “that showed off the singer’s ability to mine his personal pain and channel it directly into his songs” (Rolling Stone), have released their highly-anticipated album, Amends (https://found.ee/GD_Amends) via Loma Vista Recordings.

Amends’ release follows months of build-up for an album that serves as a tribute to the man “who was known for his piercing scream and free-flowing anguish”(New York Times) and “a human being with a huge heart and a caring soul” (Associated Press). The people surrounding the release, his Grey Daze bandmates: Sean Dowdell, Mace Beyers, Cristin Davis, as well as Chester’s family members: Talinda Bennington, his parents, Susan and Lee, and his son Jaime all participated in the curation and storytelling that served as both catharsis and the completion of a promise to see the 11-song album through to completion. They shared stories and insight into how Amends became a reality via a documentary (https://youtu.be/Pf9JzJq912M), an eight-part, studio driven video series titled “Making Amends” (https://found.ee/GD_MakingAmendsSeries), and a Dave Navarro (Inked Master, Jane’s Addiction) hosted roundtable discussion (https://found.ee/GD_InkedYT) featuring Dowdell with Amends contributors Brian “Head” Welch (Korn), Chris Traynor (Bush/Helmet), LP and producer Esjay Jones.

To view the video for “Morei Sky” click the image below:

NewYork Based Photographer. Music Enthusiast with a background in Graphic Design. Whether I'm shooting a live event or just out wondering the streets its about capturing the moment.
Previous Sevendust Release Soundgarden Cover
Next Brujeria New Digital Single COVID-666 Out Now