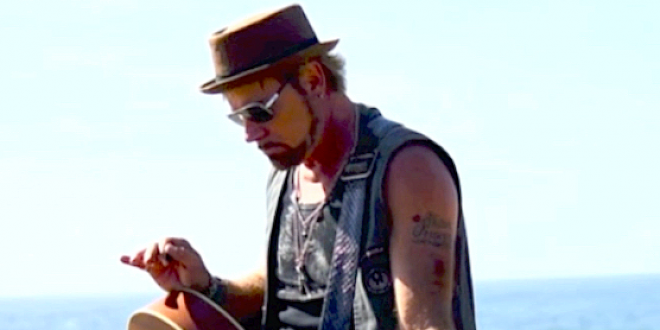 Derek Davis is no stranger to the top of the music charts. As frontman and songwriter for the successful Arista Records rock band “Babylon A.D.” Davis’ songs achieved Gold record status and multiple Top 10 AOR chart success. His two recent iTunes Blues Chart #1 singles, “Mississippi Mud” and “Death Letter,” from his album “Resonator Blues” released last year shows Davis is at the top of his game.The new single, an acoustic ballad about heartbreak and suffering in a relationship turned toxic, lends vivid story telling and an emotional vocal performance that shows off Davis’s creativity, and is one of his best to date.

The new song and video can be purchased and watched at:
https://music.apple.com/us/album/the-war-of-love-single/1519132164
https://www.youtube.com/watch?v=jvXyPTOy4bI

ABOUT DEREK DAVIS:
Derek Davis hails from Oakland CA. A natural-born singer/songwriter/musician and gifted performer, Davis began playing drums at the age of 11, later switching to vocals and guitar. He began his professional music career at the age of 16, writing songs, fronting bands, and headlining clubs, bars, and other music venues in the San Francisco Bay Area.

As a songwriter/co-publisher with Virgin/EMI Records. Derek has had many of his songs covered by other artists and several songs placed in films and TV, He is the consummate songwriter, singer, musician, producer and showman and has done extensive tours across the U.S. and Europe.

The new ballad “The War Of Love” is his latest solo single release.