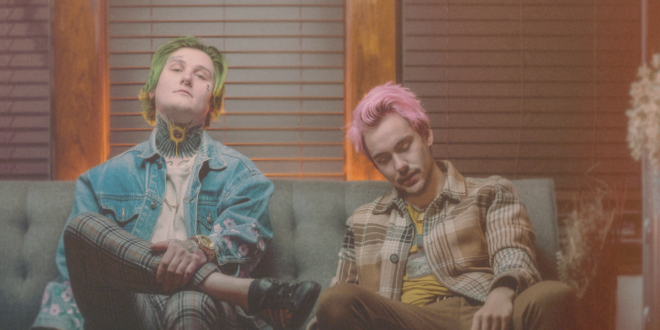 Electro-Prog Rock Duo Skyhaven Are Back with “43W”

Electro/prog-rock duo Skyhaven will be releasing their new album DRUGLUST on July 31st, but today you can see a music video for the new single “43W.” The guitar-heavy track experiments with vocal samples and melodic pop elements, providing a moody soundtrack to the alluring video that premiered on Substream Magazine.

“This was a really special track to us, it was one of the first tracks we ever wrote where we started with vocals,” says guitarist Jake Johnston. “We really wanted this song to have a bit of emotion building up to the first chorus, having that chorus hit super hard, and dropping the dynamic off right after. We’ve always really just loved this song from the get go, and we’re so excited to have this be the first song out on the record!“

Skyhaven formed in 2015 with the release of their debut EP Liftoff, produced by Polyphia’s Timothy Henson and Scott LePage. The band’s ambient, trance-like music embraces their affinity for pop/R&B while still carrying a torch for mathy guitar licks and nu-prog rhythms. Those same ethereal soundscapes can be found throughout DRUGLUST.

“This being our first full length record is something that we both are so proud of and it’s been such a process to get to where it’s at now,” says Johnston. “We’ve met so many wonderful people along the way, we’ve met so many friends, we even relocated from Minneapolis to Los Angeles halfway through the record. We couldn’t be more excited to share this album with all of you, and we really hope you enjoy our first full length record. We spent a lot of time making sure that this album stands out in the way that we want it to, and specifically stands out from our first release. There’s going to be some who love it and some who hate it, but we’re so excited about this direction as a whole and can’t wait to keep releasing music.”

Listen to the single “43W” now on Spotify. 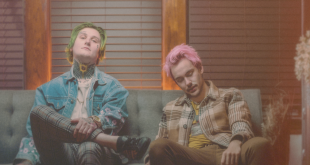 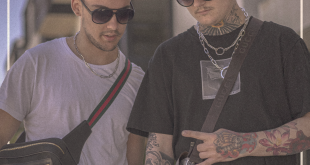 Prog Rockers Skyhaven are Reborn as an Electro-Rock Duo