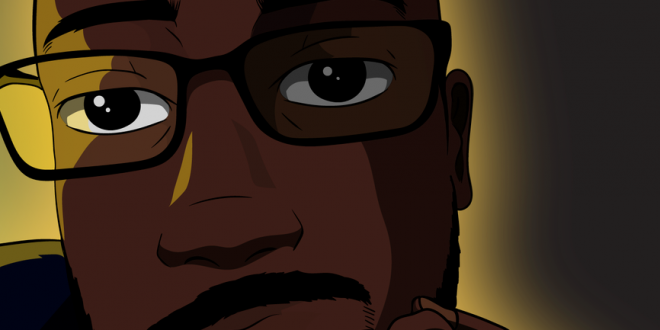 Terry Blade is an R&B and soul singer from Chicago, Illinois. Blade’s songs may primarily highlight issues among the black and queer demographics, but his raw, unpolished emotion resonates universally. Back in late March, his debut single, “The Unloveable,” was certified gold via DistributeKings.com, having accumulated over 500 thousand combined hits. Two months later, his latest EP release, Misery, has successfully held true to the merits of his initial single, reaching over 700 thousand hits and further solidifying his rising status in the underground.

In a smart power play, Blade leads off Misery with the acclaimed debut single. I was pleasantly surprised hearing it for the first time, as it opts for a live instrumental setting rather than digital. His acoustic guitar arrangement is melodic and admirable, his voice similarly tender and sincere. While not particularly showcasing a wide vocal range, Blade more than compensates with his bold, smooth tonality. He exhibits decent harmonies on the second track, “The Mentally Ill,” subtly but powerfully all the same, while the reverberated drumming serves as decent accompaniment. The third tack, “The Widower,” caps the EP’s first side, with greater, more refined focus on the previously-expressed qualities.

On the latter half of the EP, the aspect of loss carries over well, reverting to the initial barebones acoustic register on “The Broken.” Whereas the previous songs focused on the loss of people, this track centers around the potential loss of identity, had one’s hindering personality traits not existed. I felt that “The Other Side” expanded on that notion, with more of the familiar vibes making a welcome return. After noting how these vibes shape each song, the final track, “Tick Tock (The Lonely)” puts the EP in perspective. On top of its message about the efficacy of time, how it should be spent wisely, and not taken for granted, there’s also solid instrumental implementation as well. Each component – be it bass, acoustic and electric guitars, or the synths – is showcased fluently, making for a wholly suitable, emphatic finale.

Overall, Terry Blade’s Misery EP is worthy of the success it has earned thus far. Its mostly stripped-down approach works to the benefit of the mental health-based thematic angle, and Blade’s tonality proves as workable to the theme as it is distinctive. While he has since furthered his single output, I look forward to how Blade could potentially express himself further in another full-length setting.

I come from a family who is passionate about all things music. I learned to sing at an early age, and by 13, had my very own Fender Strat guitar. I tried my hardest at learning all that I could. Because I was born with cerebral palsy, I had to teach myself an adaptive playing style. I learned to write and record my own music, despite these difficulties. In college, I started making great use of my writing abilities by reviewing music, as well as copy editing. I guess it's best to stick with what you know, while welcoming a fair challenge at the same time.
Previous Album Review: Lamb Of God ‘Lamb Of God’
Next Covid 19 Impacts On An Artist’s Life