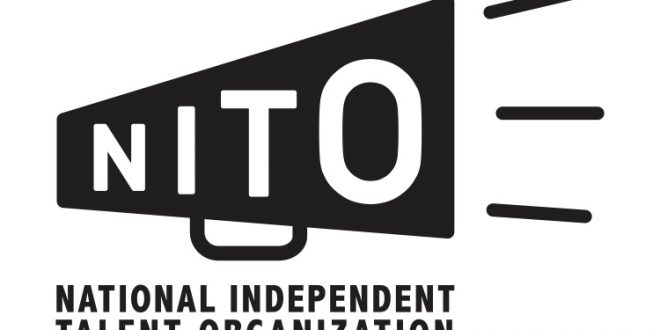 3
SHARES
FacebookTwitter
THE NATIONAL INDEPENDENT TALENT ORGANIZATION (NITO) is a non-profit group initially formed by like-minded independent music talent agencies for the purpose of promoting the welfare and prosperity of its members and their represented artists, as well as for the indirect benefit of those associated with them. NITO welcomes a broader coalition of the live music ecosystem beyond independent talent agencies including U.S.-based small businesses and majority owner-operated independent management companies (NAICS Code 711410). In addition, NITO has invited U.S.-based artists, crew, and other live touring entities to join as non-dues paying associate members.
“We need and want to be assured that our voices are heard in Congress and Washington,” according to NITO.
From its inception, NITO has been working tirelessly to advocate for the survival of the live music community as the nation and economy slowly recover from the COVID-19 pandemic. See below for quotes on their efforts from NITO‘s founding members and allies.
Talent agents represent artists and negotiate the live performance aspect of their careers. In the live music ecosystem, the agent is the initial and perpetual conduit between countless people whose livelihoods depend on each other: Managers and their staff, Publicists, Social Media Managers, Promoters and their staff, Travel Agents, Record Companies, Tour and Production Managers, Sound, Lighting and Backline Technicians, Riggers, Gaffers, Truck and Bus Drivers, Freight Companies, Venue Staff (Box Office, Ticket Takers, Ushers, Security, Concessionaires, Caterers, Marketers, Stagehands, Loaders, Hospitality, Runners, Local Transport, Janitorial), Accounting, Airlines, Hotels, Rental Vehicles, and Ticketing Companies.
NITO‘s 14 founding small independent businesses (listed below) alone currently represent approximately 2,000 artists. In 2019, collectively, more than 40,000 concerts were booked by NITO‘s members across the U.S. with over 12.5 milliontickets sold, generating in excess of half a billion dollars in gross ticket sales annually. The additional financial impact of these performances on surrounding communities is over $1 billion. As of press time, NITO‘s total membership is over 65 members and consistently growing.
While it is still unknown when it will be safe to experience the thrill of a concert in person again, NITO will continue their efforts on behalf of the artists they represent and their role as the engine that helps to employ and support all of those who depend on their work. NITO will fight to keep this community alive until it’s safe again to gather with friends and other fans to share these experiences that are some of the best moments of our lives.
NITO FOUNDING MEMBERS (as of June 2020)
Entourage Talent / Wayne Forte
Ground Control Touring / Eric Dimenstein
High Road Touring / Frank Riley
Leave Home Booking / Stormy Shepherd
Madison House / Nadia Prescher
Mongrel Music / Brad Madison
New Frontier Touring / Paul Lohr
Panache Booking / Michelle Cable
Partisan Arts / Tom Chauncey, Hank Sacks
Pinnacle Entertainment / Scott Sokol
Sound Talent Group / Dave Shapiro
Skyline Artists Agency / Mark Lourie, Bruce Houghton
TKO / Steve Schenck
The Kurland Agency / Ted Kurland, Jack Randall
QUOTES FROM NITO FOUNDING MEMBERS AND ALLIES
“As the organization that represents music’s creators, we welcome our new allies at NITO. Artists were among the first to suffer from the results of the pandemic and will be among the last to recover. As citizens turn to music during these troubled times, it demonstrates that music makers must survive and thrive. We look forward to working with NITO as partners in improving the lives of artists.”
–Harvey Mason Jr., Chairman and Interim President/CEO, Recording Academy
“NITO stands with the artists and all of those who make up the world of live performances. It’s a fully integrated world, that is reliant on and supportive of one another, as no one can productively and successfully navigate this environment on their own. When all things come together in the best way, these shows and this music bring joy and happiness in an otherwise troublesome and dangerous world.”
-Frank Riley, High Road Touring
“Collaborating with this group of courageous agents, united toward a common goal, has turned a period of loss and uncertainty to one of hope and progress as we forge a new path forward to support our artists, independent agents, and all of those who work in the live music industry.”
–Stormy Shepherd, Leave Home Booking
“We’re reminded at the most challenging times of the healing powers of live music, the joy of gathering with your best friends to celebrate a favorite artist, and the positivity it produces.  NITO aims to build awareness and support to keep all skilled workers in the live music industry in place who make all of this possible.”
-Tom Chauncey, Partisan Arts
“We are all ‘small’ businesses, some of the first that were shut down and undoubtedly we will be the very last to reopen and generate usable income. We are speaking out collectively for ourselves and all those that we individually work to generate income for; they are not simply the musical artists we represent and act for, but the thousands and thousands of people (both locally, on a national level, as well as within the individual artists’ organizations we represent) who rely on our industry and our work for their living.  We have and continue to do this while inadvertently helping to frame and preserve the soundtrack of millions and millions of lives.”
-Wayne Forte, Entourage Talent
“As owners of our individual entertainment businesses, we have given our all and more to our firms.  Our small businesses are self-funded and independent, but nonetheless have a significant economic impact on the many who rely on our work. My fellow NITO co-founders and members are calling on the independent human spirit that all like-minded self-starters can get behind.  We are focused on government support and reform during this economic crisis, while building an environment where entertainment entrepreneurs can discuss their common goals and stand together in unity.”
-Nadia Prescher, Madison House
Find more information on NITO at:
FACEBOOK |INSTAGRAM |TWITTER |WEBSITE

NewYork Based Photographer. Music Enthusiast with a background in Graphic Design. Whether I'm shooting a live event or just out wondering the streets its about capturing the moment.
Previous Anthrax To Celebrate The 30th Anniversary Of ‘Persistence Of Time’ With Deluxe CD and Vinyl Editions
Next Vulture Industries Announces Concert Live Stream