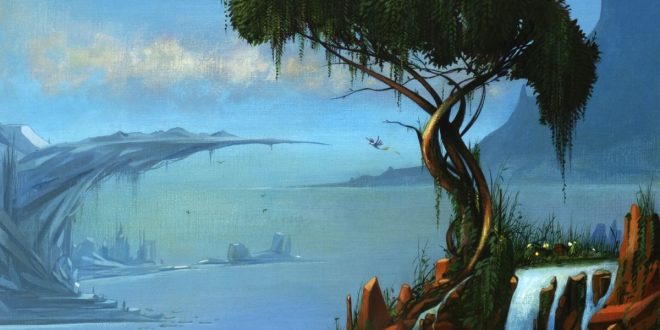 Canadian prog-rock duo Crown Lands has released a new acoustic EP titled Wayward Flyers Vol. I  The typically loud and vibrant pair opted for a stripped back approach this time around, which saw the band experiment with new instruments and recording techniques.

Included on the EP is an acoustic version of the band’s latest single “Howlin’ Back” and a cover of “Birds” written by fellow Canadian and folk-rock icon Neil Young. The remainder of the EP brings a balanced mix of soulful campfire tunes and existential think pieces that tested drummer and lead singer Cody Bowles. He stated:

“Wayward Flyers is an arrangement of acoustic aural vistas that meander from our usual high-octane rock display and into the dark forest. Within this body of work, we’ve taken some interesting decisions to explore parts of our own musicality that we haven’t yet fed under the umbrella of Crown Lands. I got the chance to apply some concepts of West African percussion I learned in University in this one which was really fun. It’s all about getting to the root of our instruments in making a concise distillation of vulnerability in music form.”

New songs “No Sympathy,” “Roving On,” and “The Witching Hour” bring a Led Zeppelin vibe to the EP reminiscent of the band’s “The Battle of Evermore” days. Between Bowles’ widespread vocal range and guitarist Kevin Comeau’s inventive guitar riffs, the band has drawn Zeppelin comparisons before while also gaining praise from bands like Halestorm and Rival Sons. With blues based rock n’ roll making its comeback in early 2018, Crown Lands continues to be Canada’s answer for fans of Dirty Honey, Goodbye June and Greta Van Fleet. The duo is still expected to announce their debut album later this year.