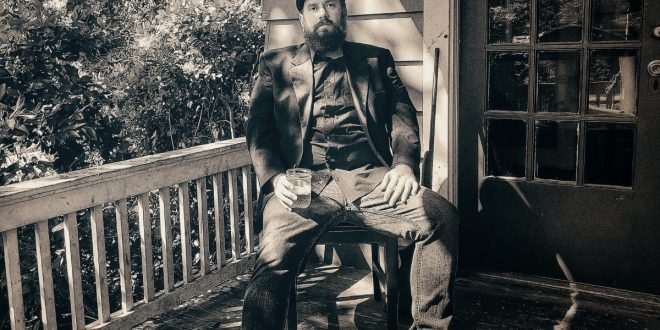 23
SHARES
FacebookTwitter
Frozen Lakes, the dark pop project from ex- Darling Waste singer-songwriter Lance Waste, is back with a single and lyric video fit for the times. “As soon as Covid hit, it seemed like everyone had a cute little quarantine song.” explains Waste. “People were writing songs about being bored in the house, or be my quarantine baby or whatever, and it just sat wrong with me. It really seemed like the world was crashing down out there and there might not be a normal anymore. I was already working on this music bed and had thought about writing a love song to my wife anyway, so Love Theme For An Apocalypse is what came out of that.”

After 15 years of diy touring with his band, Darling Waste. Cleveland, Ohio native Lance Waste was ready for a change of pace. After taking a year off from performing and writing music, Waste began working on new music, focusing on genres, styles of music and lyrical themes he wasn’t able to explore with his previous band. The result is Frozen Lakes.

Frozen Lakes released their first single “Do the Shuffle” in December of 2019. It snuck onto a few “Best of 2019” lists and Spotify Playlists. The second single, “Vital Signs”, came out at the end of February, building on the recognition of the first single. The results were 15 Spotify playlist placements and and over 2,000 views on the lyric video.

Waste plans to release one more song, “Keep in Line”, at the end of June, to complete his Frozen Lakes project before going away for a while, again. “I really enjoyed the musical hiatus I took last year. It helped clear my head and make these four songs more focused. I’m going to try another musical sabbatical and see where it takes me.”