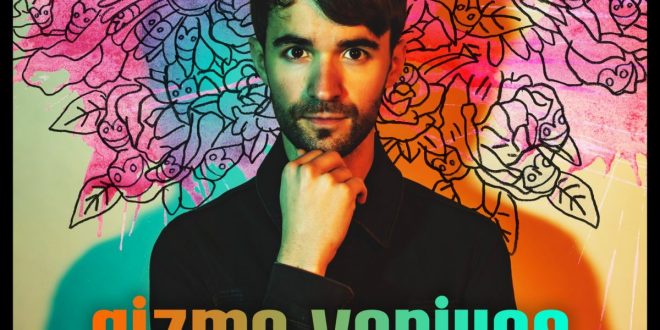 Sprinkled with more than a hint of the Paul Simon’s across its 45 minutes running time, this is summer time indie overflowing with superglue-laced pop hooks.

User Rating: No Ratings Yet !
Filled to the brim with beat-laden indie, delivering messages of hope, the third album from Gizmo Varillas is finally released this week.
While his first two albums El Dorado and Dreaming Of Better Days were much more of a bedroom-affair, this time round things have ramped up a bit. The production is huge, with crisp beats, soaring vocals and unrelentingly addictive baselines.  Recorded at RAK studios, the afrobeat driven ’Saving Grace’ is a perfect demonstration of this new found size and confidence, with legendary drummer Tony Allen providing an unmistakable backbeat (Tony was musical director for Fela Kuti’s Africa 70 as well as, more recently, a fundamental component of The Good, The Bad & The Queen).
While previous singles ‘Born Again’ and ‘Love Over Everything’ stand out as clear and obvious future fan favourites thanks to a pair of baselines built for mass consumption, I find myself drawn to some of the more introverted and less immediate tracks.  ‘A Silver Lining’ slowly builds to a wonderfully rhythmical chorus, ‘Writing’s On The Wall’ stands out with its gently twinkling piano and lush strings, and at the centre of the album sits ‘Burning Bridges’, a quietly anthemic protest song, I spent more time in the company of ‘Burning Bridges’ anything else on the record.
While ‘Out Of The Darkness’ isn’t a groundbreaker, and doesn’t deliver anything you’ve not heard before, that doesn’t stop it from being a brilliantly enjoyable record.  Sprinkled with more than a hint of the Paul Simon’s across its 45 minutes running time, this is summer time indie overflowing with superglue-laced pop hooks.  An album to be enjoyed during the summer months.

Tags Album Review Gizmo Varillas Out Of The Darkness