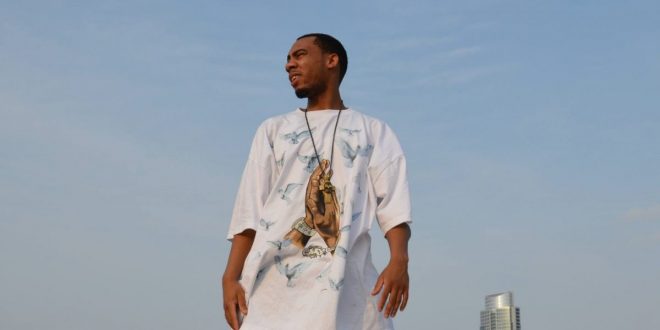 Jeremy Hill is a Texas-based hip hop artist who makes music under the name Pimpin’ Change. Inspired by late great Houston turntablist DJ Screw, Hill started an indie record label, Country Dreams Entertainment, to house his music, which takes cue from the likes of Z-Ro, Trae, and Lil Flip. His defining album, Stick to Yo Change, was made as a push for him to continue his goals toward growth and independence.

The album’s opener, “Wit That Bounce,” sets the tone with a refreshingly distinctive synth pattern that immediately captures my attention. Even without the typical 4/4 rhythm, it does make for a competent foundation as well as it exudes hook factor, both from the boldness of the bass and the swiftness of Hill’s vocal tonality. “Fair Chance,” the track to follow, features another decent synth sequence that further highlights Hill’s knack for tonal resonance. I found it interesting how the song wasn’t just about a shot at a relationship, but a warm connection, especially given the absence of a maternal presence in his life. The next two tracks, “One & Only” and “Me & You,” subsequently continues the thematic connection, as they cover the circumstance dependent mindsets Hill experiences in that situation – one detailing the carefree, fun nuances in the connection of the relationship, and the other of endurance amid the hills and valleys of life. Capping the album’s first side from a thematic standpoint is another set of tracks, “Fuckin Hear It” and 4 the Dick’’, which seem to serve as a collective piece in presenting the respective male and female displays of unabashed confidence.

On the latter half of the album, the presentation continues with similar energy in the tracks “Got Me In” and “Mean Wit That Walk.” It’s by this point that I’m able to appreciate Hill’s ability to take otherwise poignant themes and tweak with his own experimental, yet positive edge. Further on, the bold, determined stature of “Welcome to My City” reinstates focus on Hill’s primary aspect to his goal within the grind – making money and moving forward in spite of all present, momentary odds that may arise. I felt that the closing track, “Real Nigga,” was ideal for bringing the album’s sentiments together. While not much more is expressed beyond that, it feels like a warm send off in appreciating the nature of Hill’s current drive, as well as having a solid hope for his future goals.

Overall, much like Hill’s positive artist name derivation of Pimp C, which involves creating resonant impact in the world alongside financial security, Stick to Yo Change serves as a reminder for him to maintain a receptive outlook as well as a solid sense of self-worth. This album not only accomplishes what it sets out to in that respect, but will serve as the catalyst for his fine-tuning of future material.

I come from a family who is passionate about all things music. I learned to sing at an early age, and by 13, had my very own Fender Strat guitar. I tried my hardest at learning all that I could. Because I was born with cerebral palsy, I had to teach myself an adaptive playing style. I learned to write and record my own music, despite these difficulties. In college, I started making great use of my writing abilities by reviewing music, as well as copy editing. I guess it's best to stick with what you know, while welcoming a fair challenge at the same time.
Previous Moneyboi Tre Releases new Music Video Taking the Net by Storm
Next Single Review: Shaun Mykal Walker – “Baring My Soul”