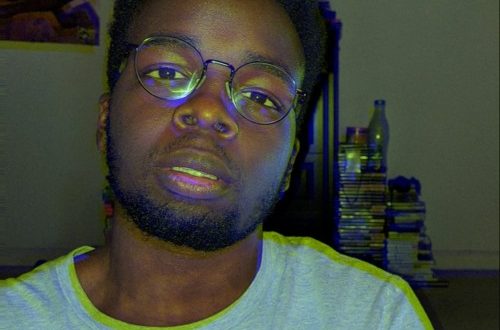 Kyle Oashu is a South Carolina-based hip hop artist. Following a consistent output these past few years, and scoring big earlier this year with the single “Donnie Blossom,” his latest release, titled I Just Want to See the Sun Again, currently maintains that traction. According to Oashu, the album highlights his journey toward self-discovery, and ultimately, self-acceptance.

Opening on “Nimbus,” I already found myself taken in by the album’s dusk-laden cover art. The song’s old school-inspired instrumental foundation speaks to that effect just as well, comprising a somber and fragmented, yet soulful piano arrangement atop a hard-hitting, yet somewhat hypnotic rhythm bed. Oashu exhibits understandable uncertainty in his lyrical delivery, its scenario based around being in a constant fog, where taking outright action or dying while attempting to seems to be the only resonant option. “My Grandma Lives in Heaven,” the track to follow, continues the notion of a fog-like uncertainty, with Oashu coming to terms with his faith as it applies to family that has passed away. As the song progresses, comments on the challenges in getting to where he is today, while making note of the peers within his circle who otherwise seem oblivious to the harshness of their circumstances. Capping the first side is “Glasswinds,” which is characterized by a fittingly ethereal, and undoubtedly windy-sounding synth arrangement. Aside from the continued sentiment around a hazy, winding path of life, Oashu demonstrates more of a concentrated singing effort alongside his raps, benefitting the pacing of the album.

By the latter half of the album, the presentation seems to increase in clarity, sporting a more colorful and popping aesthetic as showcased in the track “Erased.” There’s a greater definition of the wideness of the instrumentation, while Oashu’s vocals sound big and defined. One particular factor I found interesting was the implementation of the main vocal melody. Even when pitched up or down, and it sounds natural in the context of the song’s reverberation, especially while harmonized. It comes across like a peak in the fog-like state of mind is reached, as the penultimate track, “Godloft/Awake,” sees a subsequent return to humility, and thankfulness for what he has accomplished up to this point. I appreciate the arrangements of both sections, the initial one airy and somewhat distant, while the latter exhibits a more down-to-earth feeling. The final track, “Pretty Little Monster, seems to be the most ‘stripped down’ from a thematic perspective stating that, beneath our confident facades that carry us through life, we are raw, vulnerable, and sometimes self-destructive creatures on the constant search for meaning, but by the same token, we are capable of growth.

Overall, Kyle Oashu’s latest EP is a substantial, personal account of living life amid these uncertain times. Each song hits a variety of well-nuanced internal perspectives, supplemented by textural, inspired beats and a distinctive vocal presence behind them. I admire the place that Oashu’s ambitions have currently brought him to, and I hope he further enhances his stylistic and thematic expression on future material.

I come from a family who is passionate about all things music. I learned to sing at an early age, and by 13, had my very own Fender Strat guitar. I tried my hardest at learning all that I could. Because I was born with cerebral palsy, I had to teach myself an adaptive playing style. I learned to write and record my own music, despite these difficulties. In college, I started making great use of my writing abilities by reviewing music, as well as copy editing. I guess it's best to stick with what you know, while welcoming a fair challenge at the same time.
Previous Alternative Rapper Dandelion Debuts with Anthemic “Ghost Rider”
Next VIOLENT IDOLS Team with GEMINI SYNDROME’S AARON NORDSTROM to Declare “FUCK YOU”!