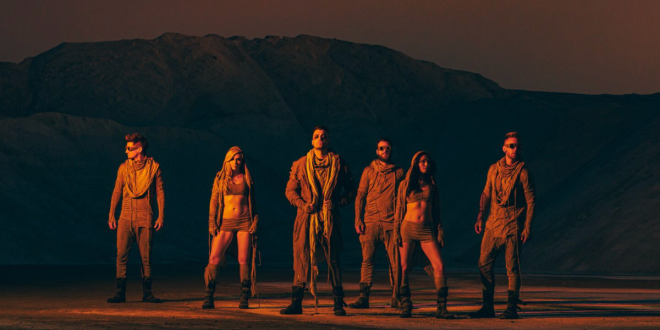 To Whom it May Concern:

The Starset Society has recently acquired extensive information regarding an emerging technology slated to go public in the very near future. This information, centered around a neural lace implant developed by New West Industries and known as the BMI (Brain Machine Interface), has mind-bending capabilities which we believe could be either liberating or calamitous for its users.

Once launched, this invasive brainwave-reading implant will see widespread mainstream use and will forever change the norms and customs of our society. In this regard, we believe that the only thing separating a positive outcome from a negative one is a well informed public, fully aware of the potential nefarious uses of the BMI. For this reason, we have launched a major Public Outreach Campaign (POC) with the goal of spreading public awareness of the BMI.

As always, this campaign will be spearheaded by our various worldwide multimedia arms. One of the largest and most effective of these, STARSET, is a music-focused entity which allows us to reach mainstream audiences in a way that would otherwise not be possible—at the level of the people. Specifically, STARSET utilizes the creation of popular music to gain the eyes and ears of millions of listeners, at which point we can direct them towards our greater goals.

In conjunction with this campaign, STARSET has released its newest single “TRIALS” to early success at both rock radio and streaming platforms. We believe this song to be the most important song of this campaign as it has been specifically engineered to react with a vast audience.

This is where you come in.

By the time you read this, STARSET will have posted a video for “TRIALS,” which partially documents a near-future where BMI neural lace technology has been grossly misappropriated. By watching, reposting, or otherwise promoting this “TRIALS” documentary, you will become an invaluable ally — affording our cause a valuable platform from which we might continue to spread our Message.

Please know that no effort is too small or too large. Every instance in the spread of knowledge matters.

Thank you in advance,

NewYork Based Photographer. Music Enthusiast with a background in Graphic Design. Whether I'm shooting a live event or just out wondering the streets its about capturing the moment.
Previous Slay At Home Free Virtual Metal & Art Fest This Weekend, Full Line Up & Schedule Revealed
Next Texas Country Artist Returns Home To Release New Single With Legendary Label