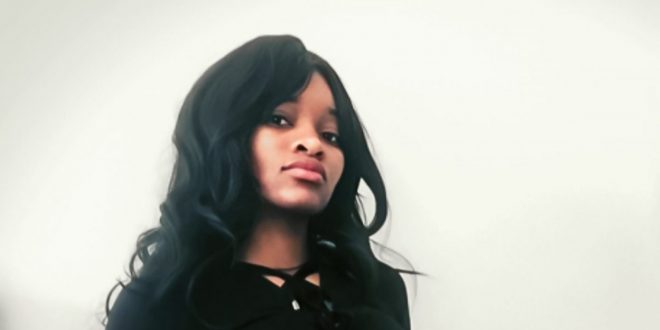 Susana Esono is an up-and-coming Equatorial Guinea-born, United States-based soul and R&B artist. Her debut release, an EP titled My Baby, focuses on the emptiness one gradually feels when a person they’ve held dear is no longer in their lives. Esono has experienced similar pain herself, having dealt with the loss of her brother several years ago, and recognizing the difficulty in moving forward.

For the EP’s conventionally eye-popping cover art, its stylistic presentation doesn’t come across as typical R&B, although the construction of arrangements contains familiar elements, including light piano and passionate vocals. There’s a definite isolation-esque feel to the titular opener, its traditional waltz arrangement bolstering Esono’s contrastingly pained, wavering tonality. From a thematic standpoint, it seems to involve a desperate attempt at reconnection despite having long broken up with her partner. With the transition to the next song, “Wanna,” it seems like the vocal style assumes a slam poetry-type of feel, given its more pronounced free form pacing. There’s also a tinge of humor in both its instrumentation and the thematic angle, which involves a desire to recklessly destroy her partner’s home over mismanaged communication.

The mid-point of the EP comprises the final full-length track, and also the most pop-worthy song, “In Addition.” I felt that the main melody complements her vocal tone, while the beat to the piano arrangement has a relatively consistent hook factor. At the same time, Esono demonstrates newfound awareness in having been oblivious to her partner’s actions. I found the EP’s penultimate song, “Work From Home,” to be an interesting choice for a single. Although it’s one of the shorter ones, it seems to have garnered a lot of attention, both in its placement on Spotify, and through its music video on YouTube. When considered in its transition to the closer, “Say It,” the notion of Esono’s newfound confidence is further enforced, acting as an exclamation mark of sorts for the EP’s track sequence.

Overall, Susana Esono’s My Baby is an interesting release to say the least. Though the songs are more on the simple side and not as technically involved, the sentiments and thematic pacing affect the EP positively just as well as Esono’s distinctive vocal delivery. Given that her personal context of loss has shaped its songs, I’d be curious to hear both the stylistic and thematic direction she takes for future material.

I come from a family who is passionate about all things music. I learned to sing at an early age, and by 13, had my very own Fender Strat guitar. I tried my hardest at learning all that I could. Because I was born with cerebral palsy, I had to teach myself an adaptive playing style. I learned to write and record my own music, despite these difficulties. In college, I started making great use of my writing abilities by reviewing music, as well as copy editing. I guess it's best to stick with what you know, while welcoming a fair challenge at the same time.
Previous New Album Review: ‘The Devil’s Dream Dossier’ by Fabpz the Freelancer
Next Album Review: Heartour “R U IN”