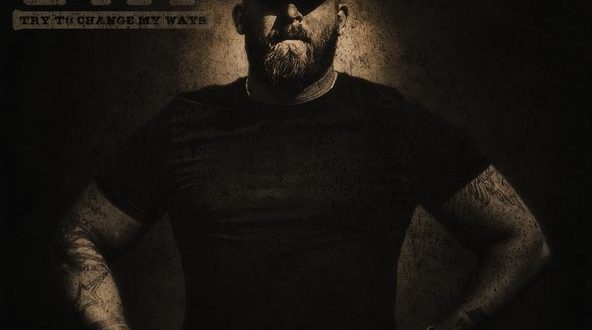 Jesse Keith Whitley’s song “Try to Change My Ways” (the song released as a tribute to his dad Keith Whitley) is finally out! Here is the link: https://open.spotify.com/album/3hljp16Ew6ACvxWukWODgr?si=N4dgDXRGRQqBt5FjvNHxRA

As the world celebrates the legacy left by one of country music’s most influential artists Keith Whitley on May 9 – the anniversary of his tragic and untimely death – with photos and stories told of his notorious nature, his son and country music artist Jesse Keith Whitley will honor his father’s memory by releasing a new song Try To Change My Ways. CLICK HERE to preview the commemorative track on Billboard.
Over the past week, Jesse Keith Whitley has had the opportunity to talk with other press outlets, including Taste of Country, Sounds Like Nashville, Tennessean, Billboard, Digital Journal and more, and has been applauded for his tribute.

“[The song] deviates from anything the name Whitley has ever been attached to, and that’s intentional. It’s not that Jesse Keith is rebelling, it’s that he’s finally found his path after years spent following one quietly cleared for him.” – Billy Dukes, Taste of Country

Country with nods to bluegrass, Try To Change My Ways tributes the neotraditionalism Keith Whitley is known for, while also showcasing the undeniable, natural-born talent of Jesse Keith. Country to the core with rock & roll’s rebellious reputation, Jesse Keith Whitley – the only son of country music legends Keith Whitley and Lorrie Morgan – epitomizes the modern-day outlaw. With music in his veins and the persona of a star, Whitley revitalizes the authentic southern rock sound rooted in a traditional country feel in tracks emulated by his strong presence and respect for tradition.

For more on Jesse Keith Whitley or to join the new JKW Fan Club, go to www.jkwhitley.com.

Stephen Vicino is the founder of MusicExistence.com. He created this site to give talented musicians a voice and a way to be discovered.
@@svicino
Previous THE ROAR Releases Official Music Video for Cover of BRYAN ADAMS Rock Classic “Heaven”
Next PREMIERE: John Paciga’s “Big Hit Song”