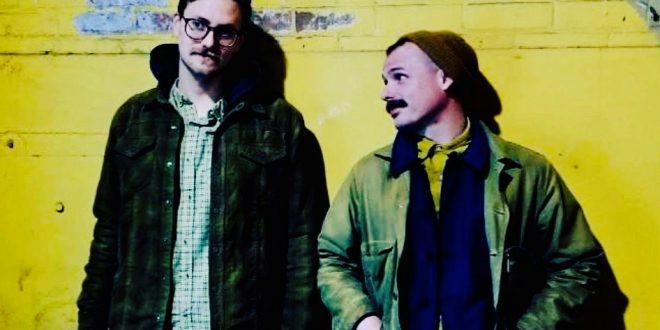 Head Hurt is the brainchild of bassist/vocalist Jake Magit and drummer/auxiliary-kazooist John Moxley. Originally conceived as a vowels based band, Head Hurt has recently expanded into consonants and words.

Drawing on influences like ESG, Television, and the bottom of James Murphy’s coffee cup, Head Hurt’s first EP is a high-energy affair. “Hot Boys” is a blazing dance-floor ready exploration of Friday night fun times that encapsulates the band’s loop-based beginnings. “CNI” grooves in a different kind of head space, a project in projection.

EP was recorded by Tom Eddy (The Dip, Beat Connection) in the Central District of Seattle, mixed by Ian LeSage (Silversun Pickups) at Vault Studio in Seattle, and mastered by Rich Morales at Superfine Audio in New York.

Stephen Vicino is the founder of MusicExistence.com. He created this site to give talented musicians a voice and a way to be discovered.
@@svicino
Previous Award-winning Local Non-Profit Overcomes Social Distancing With Virtual Autism Open Mic
Next Feature: Quarantine Questions with BAD CHILD