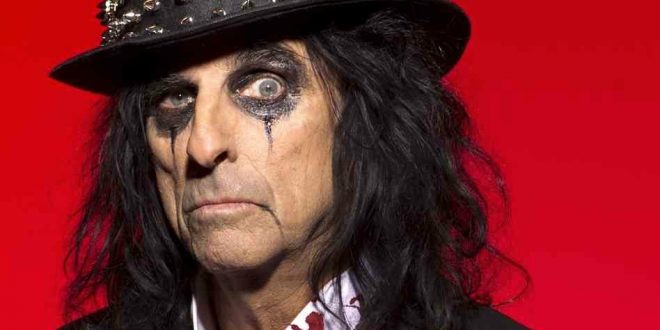 Rock ‘N’ Roll Hall of Famer Alice Cooper will release a new single “Don’t Give Up” on May 15(through earMUSIC), inspired by the challenges everyone has been facing due to the pandemic. The song had been started in Detroit, and was completed using remote participation, produced by Bob Ezrin.

Alice has invited his fans, with an announcement on all of his web and social media sites, to participate in the video, which Cooper and band members are filming separately during quarantine. He is asking fans to submit photos of themselves holding up signs with one word from the lyrics to the song for possible inclusion in the video.

Said Alice, “This is a way for fans, regular folks who might be at home with free time and no place to go, to do something fun and positive that they’ll remember from this quarantine time instead of just remembering being cooped up.”

Fans can preview the lyrics and submit their photo at www.AliceCooper.com or via any of his social media sites.

NewYork Based Photographer. Music Enthusiast with a background in Graphic Design. Whether I'm shooting a live event or just out wondering the streets its about capturing the moment.
Previous GWAR Announces “Scumdogs of the Universe” 30th Anniversary Box Set
Next Fearless At Home Set for 5/9