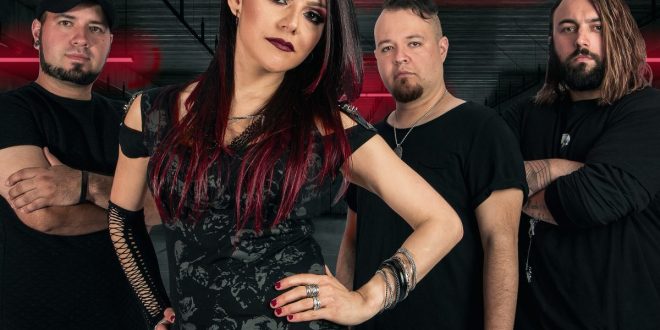 Red Calling Release New Single “I Had It All”

Tampa, FL hard rockers Red Calling have debuted their new single and music video “I Had It All.” Led by frontwoman Jessica Pons’ strong and exotic vocals, the brutal yet tender track is about overcoming negative thoughts that can hold you back.

“Most of us don’t realize the importance of anything until it’s gone,” says Pons. “We let things like fear, anxiety, insecurity and depression take over, crippling us slowly and not letting us fight for the important things in life.“

“I Had It All” mixes heavy riffs, alien-like synths and goth aesthetics for a monstrous performance that is melodically haunting. The video shows the band symbolically tearing through a rural roadside in search of the very things they fear are weighing them down in life.

Red Calling began in 2010, just a few years after Pons moved to America from Venezuela, where she would eventually meet guitarist and now husband, Javier Pons. Joining them in the group is Javier’s brother Luis Pons on bass and Florida native Deven Starr on drums. The group’s heavy consumption of bands like Deftones, Lacuna Coil, and Evanescence led them to the release of their debut self-titled album.

Listen to the single “I Had It All” now on Spotify.

Tags i had it all red calling