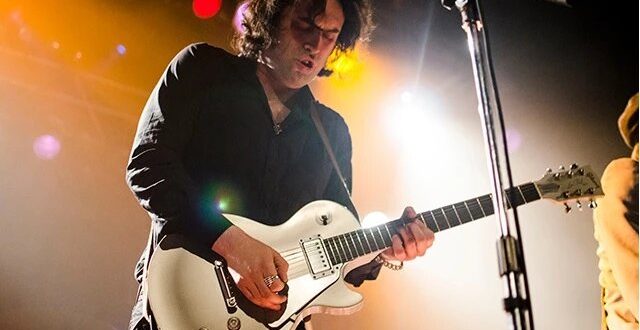 Canadian based musician Igor Laze is a unique guitarist/vocalist, performing and writing in every genre effortlessly. With influences deeply rooted in Rock, Blues, and Classical music, Igor manages to infuse a lot of jazzy and progressive influenced motifs in his music. Igor has released 4 studio albums with his previous band Morre and toured the world extensively in over 15 countries, promoting the band’s music. After the band disbanded, Igor has released his first solo album “Departure” and continues to pursue a solo career. Combining elements from all genres, and a fingerstyle acoustic guitar approach, Igor’s compositions always have something new to discover.

Igor sat down with us for an exclusive interview….

You’ve toured the world with your previous bands and projects. Tell us about where you’ve been and where did you really enjoy performing?

I’ve toured extensively across Ontario and Quebec in Canada and performed in several cities in the USA.  I’ve also 4 extensive tours (3-5 months each) throughout Europe and performed in 15 different countries.  I loved touring in Europe because I got to play some great outdoor festivals, big stages, and iconic clubs.  Everything is much closer there in terms of travel, and the hospitality was always great.

You’ve got a new solo album, “Departure.” Tell us about the album, the recording process and what fans can expect from it?

This album is a certain conclusion to a chapter of my life and the readiness to embark on a new journey.  The word “departure” was the perfect name for the record and the title track is also the last song on the album. When I set out to do this project, I wanted to keep it acoustic-based and see how far I can go with this approach.  A lot of the songs on “Departure” could easily be turned into heavier rock/metal songs, but I wanted to experiment and showcase the power of the acoustic guitar.  This was my first full album release as a solo artist and I found that this way, with an acoustic right by my heart, I could express myself genuinely.  There are definitely some effects, interesting sounds, lush orchestrations, but the whole album is purely acoustic in terms of guitar playing.  A lot of the tunes involve complex fingerstyle arrangements, some odd time parts, and the music just wrote itself hence making it real and honest.  Fans can expect to find many songs they can relate to and hopefully enjoy the ride, as there’s something on the album for everyone.

Your music covers a lot of ground, genre-wise. Having such diverse styles, who were/are some of your biggest musical influences?

I’ve always been open-minded to different genres of music, as long as it’s honest, real and shows musicality.  My roots are stemming from Classic Rock, Blues, and Classical music.  Bands like Led Zeppelin, Queen, Pink Floyd, Deep Purple and Guns N’ Roses will always be a part of my influences.  I’ve also been an avid admirer of heavier music, of such bands as Pantera, Megadeth, Kamelot, and Disturbed.  But for several years now I’ve been getting into a lot of Jazz and Acoustic Fingerstyle guitar, influenced by Tommy Emmanuel, Chet Atkins, George Benson and etc.  There are too many influences to mention, but I’m definitely not afraid of infusing different elements from different genres into my songs.  I like to explore new music all the time as it could always be a great source of inspiration.

Any plans for a music video or upcoming tour?

I’ve released a few Lyric Videos for some songs (Departure, The Mask, The Dream You Wished to Give and Full Circle), and one official video for the song “Letting Go”.  I will be releasing another couple of official videos to support this album.   Touring currently is not on my mind, but I will definitely be playing some shows in the future.

How has the current COVID situation affected you both personally and professionally?

Personally, it feels pretty crazy and strange how everything is on hold now, and quite uncertain.  I’m staying home and taking it day by day and just hope for the best.  Professionally, just for like any other working musician, all of my performances got either postponed or canceled.  I am however trying to use the time at home for creative work on songwriting and practice guitar.  There are still plenty of things to do from home and we got to try and make the best of it until this global situation is resolved.

That’s a tough question, but if I had to choose, for food it would be Eastern European or Italian. To choose a movie is even harder, but to name a few: Fight Club, Lost Highway, The Cable Guy, Pulp Fiction and the list can go on and on.

Those are definitely among my favorites, too, Igor! Thanks for the time… 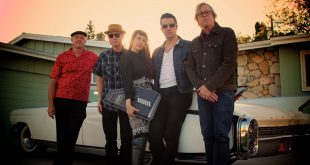 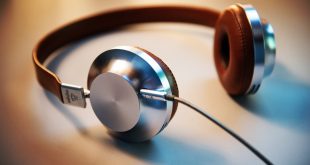