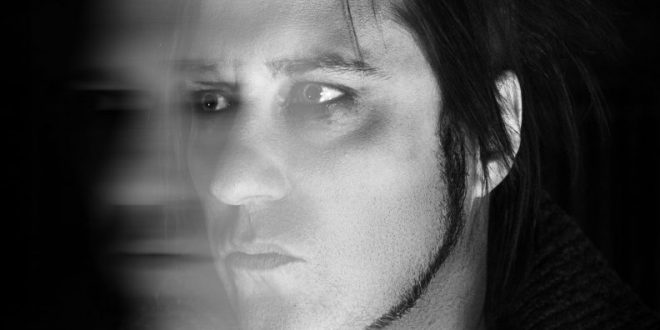 Deveraux is premiering the first single and video “I Want To Spend The End Times With You”
exclusively on Ghost Cult Magazine‘s website Tuesday, April 28th. The single will be featured on the upcoming EP ‘This Isn’t Going To End Well’ due out June 2nd via  Sensory Recordings. The single and video will be available to stream publicly on Wednesday, April 29th via Sensory Recordings and all major streaming platforms.

The new single “I Want To Spend The End Times With You” was written and produced by Paul himself at his home studio in Los Angeles, California and features Krsy Fox (Knee High Fox) on vocals.
“When the quarantine started I wrote the song.” says Paul Wiley “The lyrics were inspired by the thought of lovers spending every waking moment with each other and compromising for the other.”
Paul on collaborating with Krsy Fox: “I had worked with Krsy before on my first EP on a song called “I Love You In Leather.” At first it was just going to be a single, then Krsy suggested doing a video. So we all sent her footage and she compiled it into what is now the video.”
The video was shot by everyone individually during the quarantine at their respected homes in Los Angeles, Vancouver and Chicago. The video features vocalist Krsy Fox (Knee High Fox) who also directed and edited the video, drummer Ryan “Junior” Kittlitz (All Hail The Yeti) and guitarist Carella Ross
“Proving disconnect provides great art” – Paul Wiley
Listen to Deveraux‘s 2017 debut EP ‘Songs In The Key Of Death’  here.

NewYork Based Photographer. Music Enthusiast with a background in Graphic Design. Whether I'm shooting a live event or just out wondering the streets its about capturing the moment.
Previous Ministry Releases Anthemic New Song “Alert Level” + Lyric Video; Al Jourgensen Asks Fans To Make Videos Answering “How Concerned Are You?”
Next TURMION KÄTILÖT – Release Uncensored Version Of “Naitu” “Global Warning”