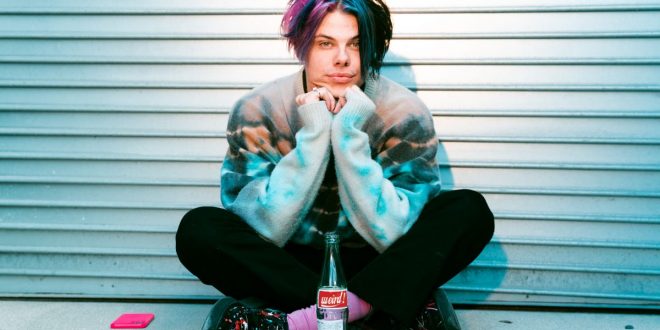 Yungblud Embarks On a New Era with Latest Single “Weird!”

British alternative pop-punk phenomenon YUNGBLUD has released a new single today kicking off the newest era for his fans known as the Black Hearts Club. The new single “Weird!” was written late last year when Yungblud’s career was at an all-time high. He had just wrapped up a highly successful world tour, participated in multiple high-profile collaborations and even sold out London’s coveted O2 Academy Brixton. Despite the newfound success, Yungblud found it overwhelming and “the weirdest time in my life ever imagined.”

His new song depicts his anxieties during that time but chooses to focus on the positive and encouraging outcome of it all. He has decided to cognitively shift his music to a more optimistic outlook on life, during a time when we all need positivity the most.

To help promote the newest single, Yungblud took to social media yesterday where he Facetimed numerous fans from all over the world. The musician from Doncaster, England has always had a close bond with his fans, routinely engaging with them after shows and on his social media platforms.

The new single could not be more fitting considering the current global coronavirus pandemic. National stay at home orders have been set in place all over the world and with such uncertainly in the air, Yungblud’s “Weird!” lyrics seem to capture it all.