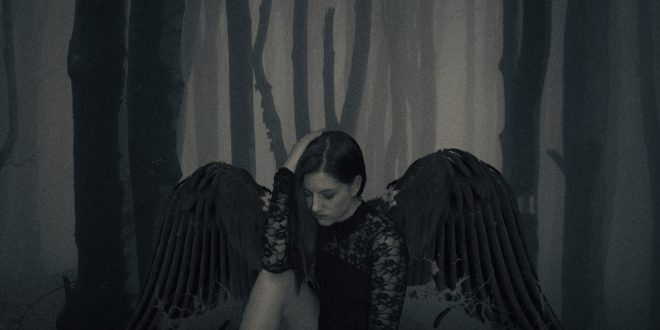 Broken Angel was created to lift people up in a time when the whole world seems damaged. It’s also meant to give hope to those who are in a dark place, with seemingly no way out. “A broken angel is someone who hasn’t found themselves, the meaning to life, nor happiness. They have been torn, shattered, and broken,” says Amira.

The 5-track EP includes the songs “Broken Angel,” “Edge,” “Until I Come Home,” “Better,” and “I Live for You.” Each song uniquely brings a strong, encouraging sound to the record. The title track was crucial to the start of her singer-songwriter career. “Broken Angel,” the song, was originally written over 10 years ago after Amira’s family was personally affected by the American recession. She reworked the song to better fit her sound today so that she could highlight it on her debut record.

About Amira:
Amira Lombard, also known by her stage name Amira, is a singer-songwriter based in Richmond, VA. Her musical dream started at age 15 when she bought her own guitar and taught herself how to play. Due to personal struggles with her family and her focus on school, Amira put her musical dream on hold. Years later she was able to focus again on her music and formed a duo act with Austin Riley, and the two still perform around Richmond. In 2017, she joined the local rock and blues cover band IMT as the lead vocalist. Both of these experiences gave her the confidence to branch out as a solo artist. She recently performed the national anthem at The Diamond for a local baseball team, the Richmond Flying Squirrels, and will return later this year when the park reopens. Amira also plans to tour once it is safe again and COVID-19 restrictions are lifted.

Stephen Vicino is the founder of MusicExistence.com. He created this site to give talented musicians a voice and a way to be discovered.
@@svicino
Previous Single Review: Mary McGuinness – “Silver Edge”
Next Lamb Of God Issues Statement on New Release Date for Upcoming Self-Titled Album