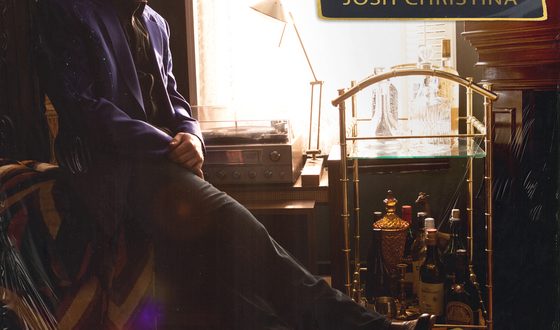 While Christina appreciates the praise, he’s the kind of artist that lets his music do the talking. “Rockstar” tells not only his story, but the story of the jukebox heroes who came before him.

Josh Christina’s ‘Rockstar’ music video is one to watch. Throughout the video, we see Josh Christina’s love for music started as young boy ‘chasing a dream just to reach the sky’. He takes us on a musical journey through time. The music video captures what life is like in his shoes, panning from the stage, to the dressing room, to his piano back home. He captivates his audience instantaneously with his paisley outfits and his piano man finesse. We are able to capture the records Christina listens to before his shows, as well as where he draws inspiration for his wardrobe. Josh Christina’s ability to be vulnerable and authentic draws his audience closer. His storytelling, piano playing, and his use of rhythm and blues give us timeless melodies. All who listen can envision themselves in a position like Josh Christina, allowing his audience to connect emotionally. His ability to evoke so much emotion and movement not just with his lyric but with the music video as well represents a great artist.

Stephen Vicino is the founder of MusicExistence.com. He created this site to give talented musicians a voice and a way to be discovered.
@@svicino
Previous Single Review: Michael Pinder “Soar”
Next Single Review: Sun And Flesh “Dig In Deep”