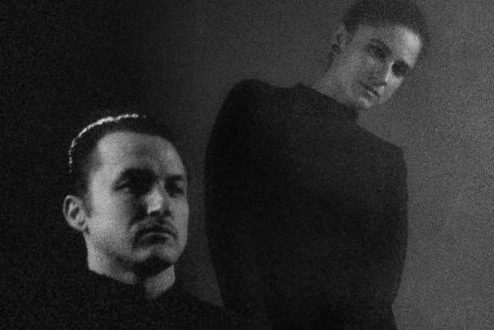 Entheos Are Back With New Single “Remember You Are Dust”

Progressive Metal outfit Entheos are back with their first offering of new music in over two years. The band released the track “Remember You Are Dust” and have since announced a major lineup change. With the departure of guitarist Travis LeVrier, Entheos plans to move forward as a duo; featuring current members Chaney Crabb on vocals and drummer Navene Koperweis taking the helm as recording musician and primary songwriter for the drums, guitar and bass. The group plans to incorporate a touring bassist and guitarist on future tours for the foreseeable future. More details can be found via the article seen here. Listen to the new track below.

Addressing the release of their newest track, Entheos shared the following, “We’re excited to present our first new song in two years, ‘Remember You Are Dust’. The lyrics serve as a reminder that nothing in this world is guaranteed – which, in current times, seems more relevant than ever. This track is the first we’ve released that was both created and produced in our home studio. We’re incredibly proud of the results and look forward to creating more releases like this in the future. Enjoy.”

NewYork Based Photographer. Music Enthusiast with a background in Graphic Design. Whether I'm shooting a live event or just out wondering the streets its about capturing the moment.
Previous Tombs Share Live Set ‘Abraxas Ritual: Live in Chicago’
Next Dirty Honey + Harley-Davidson Livestream