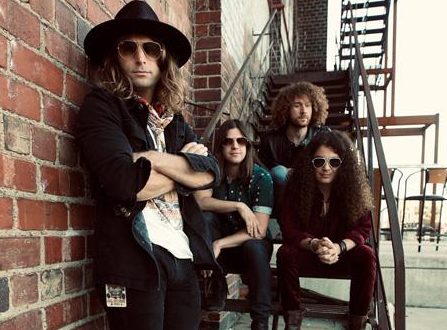 2
SHARES
FacebookTwitter
MONDAY, March 30, When COVID-19 disrupted Dirty Honey‘s plans to return to Australia to record new music with legendary producer Nick DiDia, frontman Marc LaBelle concocted an idea to make use of the unexpected downtime: Suitcase Sessions.
“I’ve always wanted to shoot videos out in nature, in non-traditional locations, and have a high-quality recording rig that was small enough to fit in a suitcase,” LaBelle explained.
The band debuted their first session on Monday, March 30th with a stripped-down version of “Heartbreaker” in front of a stunning stretch of mountains in Lone Pine, CA, a location synonymous as the backdrop for the most celebrated Westerns filmed since the 1920s.  Check out the video (directed by “Rolling 7s” Director Scott Fleishman) below:

“I’ve taken my motorcycle up to Lone Pine for a couple of years now, so I know the area really well,” LaBelle explained. “‘Heartbreaker’ was written on an acoustic guitar, so there was something special about performing it acoustically with those snow-covered Sierra Nevada peaks in the distance.”
Also on Monday, the band members – vocalist LaBelle, John Notto/guitars, Justin Smolian/bass, and drummer Corey Coverstone – see their second single, “Rolling 7s,” explode into the Top Five at U.S. Rock Radio. “Rolling 7s” follows the band’s debut single into the upper echelons of the U.S. and Canadian Rock Charts, coming in at #5 this week.   “When I’m Gone” made record industry history last Fall when it became the first track by an unsigned artist to go all the way to #1 on Billboard’s Mainstream Rock Chart.

NewYork Based Photographer. Music Enthusiast with a background in Graphic Design. Whether I'm shooting a live event or just out wondering the streets its about capturing the moment.
Previous Bizou (members of Wax Idols, ex-Smashing Pumpkins, Light FM) Release ‘Stillifeburning’ EP
Next Jeremy Parsons Pays Tribute To The Late John Prine 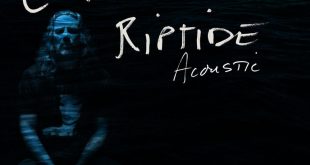