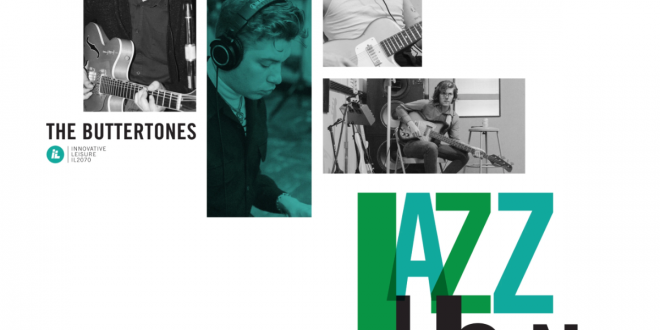 Over the years, the music scene around the beaches and bustling city of Los Angeles have held The Buttertones in high regards- and with their new record, it seems the band itself is holding themselves just as highly. “Jazzhound” is the 5th full length record from The Buttertones, and with it an air of assurance has fallen over their entire discography.

As you may gather from the title, a slight jazzy edge can be found in tracks like “Denial You Win Again” and “Infinite Tenderness”, but that doesn’t mean that the rowdiness synonymous with The Buttertones has been laid to rest. Fans of the band’s past records and their live shows will find familiarity and excitement in tracks like “Bebop” and “Velour”, and rounding out the record with a force of nature by way of the title track.

Even with lineup and instrument changes before the recording process, the band has never sounded more relaxed and in their element than they do within these tracks. Confidence seeps from every aspect of the instrumental, and brighter, more fluid tones bring the brilliance of The Buttertones to the forefront. The album overall is an entrancing listen, bound to put a bounce in your step and a smile on your face.

Lamb Of God has released “Routes,” the fourth single from their June 19 self-titled Epic …