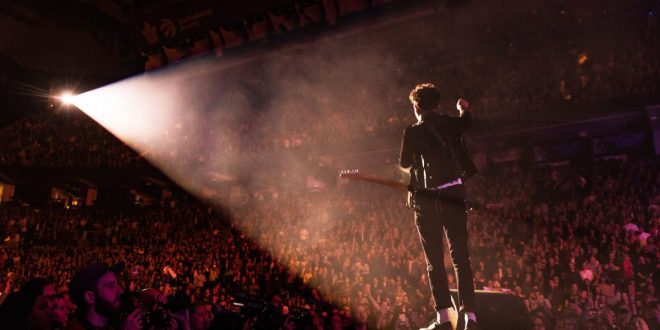 The music industry has shut down as concerts, recording studio dates and other production activities halt due to artists’ and fans’ adherence to self-isolation orders. Even as music fans find themselves at loose ends in their wait for 2020’s new tracks, many music aficionados are ready to take a break from playing online slots and look back at some of history’s greatest albums.

The great albums include almost every type of music genre –blues, jazz, rock, pop and more. Sit back and enjoy a fun-filled reminisce of albums that impacted the musical world of their time and continue to impact musicians and fans today.

Singer Loretta Lynn is country music’s most awarded female country recording artist. She comes from a hardscrabble background of poverty and the happiness and heartache that she knew in her early life have inspired her songwriting ever since. Lynn focuses on blue-collar women’s issues and in the ‘60s and the ‘70s there were many radio stations that refused to play her “revolutionary” music in which she directly confronted subjects that were important to the working class such as repeated childbirth, double standards for men and women, infidelity and birth control.

Her 2003 All Time Greatest Hits by Loretta Lynn album was a collection of the best of 40 years of performing. Featured songs included Fist City in which Lynn threatens to beat up a woman if she doesn’t lay off her man, You’ve Just Stepped In (From Stepping Out on Me),  One’s on the Way and the biographical Coal Miner’s Daughter which was the title of a biographical movie made about Lynn in 1976.

Live in Cook County Jail was released in 1971 and showcases B.B. King’s Cook County jail performance of 1970.   The album wasn’t initially meant to be recorded – it was simply King’s agreement to perform in front of the jail’s prisoners, most of whom were young black men.

It was only when King mentioned his upcoming performance at the jail to execs at his label, ABC Records, that, based on their suggestion, he brought along press and recording equipment.

Live in Cook County Jail was critically acclaimed. Critics raved over King’s definitive versions of his blues standards and his crossover hit “The Thrill Is Gone.” Billboard noted the prison setting brought new meanings to tracks like “Please Accept My Love” and “Everyday I Have the Blues”  while Variety wrote “King’s mellow guitar notes and soulful voice shine throughout.”

The album reached number one on the Top R&B chart and spent 33 weeks on the Billboard Top LP Chart. The experience also affected King who co-established the Foundation for the Advancement of Inmate Rehabilitation and Recreation and continued to perform free concerts at prisons throughout his life.

She’s So Unusual by Cindi Lauper

She’s So Unusual cemented Cindi Lauper as a star. Released in 1983, the album included the iconic Girls Just Want to Have Fun which immediately charted on the Billboard 100. All in all, four of her songs from the album reached the Hot 100, making her the first female singer to attain such an achievement (the four songs that made it to the Hot 100, in addition to Girls,  were Time After Time, She Bop and All Through the Night.

The album was rereleased in 2013 to mark its 30th anniversary. The music is primarily new wave and reflects the synthpop and pop rock that influenced Lauper. It’s often called “dance pop.” The album stayed in the Billboard 200 chart for 65 weeks and Lauper earned two Grammy Awards for her work.

That’s the Way of the World by Earth, Wind and Fire

That’s the Way of the World by Earth, Wind and Fire is the group’s sixth studio album The group  won a Rock Music Award for the album in the category of Best Rhythm and Blues Album and it held the No. 1 spot on both the Top Soul Albums charts and the Billboard 200 chart.

The album, which was certified Triple Platinum, won a Rock Music Award in 1976 in the category of Best Rhythm and Blues Album. The Shining Star single was number one on Hot Soul Singles and Billboard Hot 100 charts and won a Grammy for Best R&B Performance by a Duo or Group with Vocals.

Tunnel of Love by Bruce Springsteen

Tunnel of Love followed the legendary Born in the U.S.A. but fans got a shock with this collection which was a more somber, more personal and less exuberant assemblage of Springsteen’s inner thoughts. Fans may not have known quite what to make of Tunnel of Love, which was very different than anything that Springsteen had done until then, but critics were entranced. The album won the Best Rock Vocal Performance, Solo at the 1988 Grammy Awards and was ranked 25th on Rolling Stone’s 100 Best Albums of the Eighties.

New York Times writer Jon Pareles described the album as “pop rock paeans or midtempo ballads.” Some of the highlights of the album include Brilliant Disguise which expresses the pain of never getting to know someone and a cover of Bob Dylan’s Chimes of Freedom.

A Rush of Blood to the Head by Coldplay

Coldplay’s A Rush of Blood to the Head  was placed at the top of the UK Albums Chart its first week of release and was the 8th biggest-selling album of the 21st century in the UK. The album received 3 Grammy Awards and was among 10 alums nominated by Brit Awards for the best British album of the last 30 years. (it lost to (What’s the Story) Morning Glory by Oasis.

Some of Coldplay’s best-loved songs are on this album including Clocks, The Scientist and In My Place.

Of all the best albums of the last 50 years, Thriller by Michael Jackson is probably the one that has been heard by the largest number of people Thriller, which was released in 1982, is a fusion of pop, R&B, funk, rock and post-disco and features a number of singles which each reached the Top 10 – The Girl is Mine, Billie Jean, Want Be Startin’ Somethin’, Beat It, P.Y.T (Pretty Young Thing, Human Nature and of course the single Thriller.

Thriller also marked the launch of Jackson’s famous Moonwalk dance. At its height, the album was selling one million copies worldwide every week. By the end of 1983 Thriller had become the best-selling album of all time (32 million copies). Thriller is still, to this day, the best-selling album of all time (sales of 66 million copies worldwide). It was inducted into the Grammy Hall of Fame and registered in Congress’ National Recording Registry of “culturally, historically or aesthetically significant recordings.”

Rolling Stone wrote of Thriller that it “changed the game both sonically and marketwise.”

Stephen Vicino is the founder of MusicExistence.com. He created this site to give talented musicians a voice and a way to be discovered.
@@svicino
Previous SayWeCanFly debuts new song + music video, “anxxiety”
Next Chuy Boi – MidnightTune