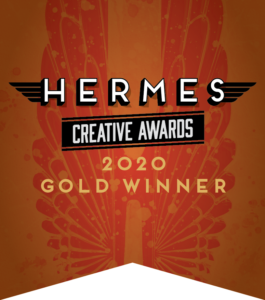 Judges are industry professionals who look for companies and individuals whose talent exceeds a high standard of excellence and whose work serves as a benchmark for the industry. There are expected to be about 6,000 entries from throughout the United States and dozens of other countries in the Hermes Creative Awards 2020 competition. In the past, about 15 percent of entries won Platinum, the top award, and around 20 percent the Gold Award. Approximately 10 percent were Honorable Mention winners.

“This is a fantastic and very humbling moment for me,” said Stover. “To win a Gold Award in our 10th year is incredible! To be honored by marketing and communications pros is tremendous. Thank you to my artists, who mean the world to me, and to my family, who puts up with me and my “work ethic.” None of this is possible without God and my savior Jesus.”

ABOUT MTS MANAGEMENT GROUP: Founded in 2010 by Award-winning songwriter, musician and producer, Michael Stover. A music industry veteran of over 30 years, Michael is a graduate of the Art Institute of Pittsburgh, with a degree specializing in the Music and Video business. Michael has used that education to gain a wealth of experience within the industry: from retail music manager and DJ, to two-time Billboard Magazine Contest winning songwriter, performer and chart-topping producer, and finally, award-winning artist manager, publicist, promoter and label president. In just 10 years, MTS Records has released 40+ Top 40 New Music Weekly country chart singles, including THIRTEEN #1s and 8 Top 85 Music Row chart singles. MTS has also promoted 26 Top 25 itunes chart singles, including 15 Top 5s and a 9 #1s! Michael has written columns featured in Hypebot, Music Think Tank, and Fair Play Country Music, among others. http://www.mtsmanagementgroup.com