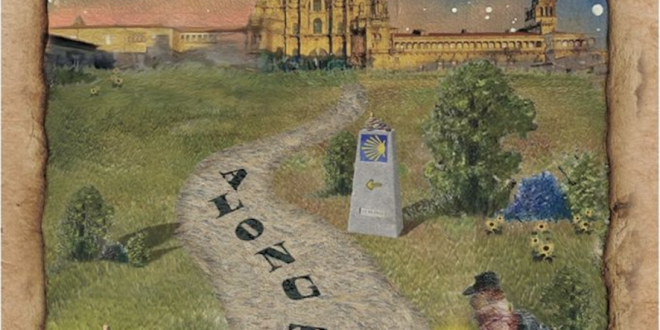 Journeyman Releases Debut Album “Along The Way: The Journey Begins”

“Along the Way: The Journey Begins” is the debut release of Peter Hlavin, also known to his fans as Journeyman which he shared on the first of February 2020.

Hlavin wasn’t wrong when choosing his artist name, because we have never had an artist take us on such an extensive and colorful journey, musically. With extremely different and unique vocalists on each track of this album, Journeyman is the visionary behind each song, with his mission to bring joy through music to all who are on a path of their own, and walking in the midst of their own journey… because if you think about it- aren’t we all?

Journeyman is an eclectic artist, mastering tracks in various different genres, it’s hard to put this artist in one single genre box, so we won’t even attempt to.

When listening to this album, it feels as though we are on a journey around the world, listening to different artists, at different levels of their career, in a lane of their own. As almost any and all music has the ability to do, this album makes you feel at home, comfortable yet excited to get into the next song, and join in on the journey with the next featured artist.

It’s as if our favorite artist did a feature album, and brought in brand new artists who you have never heard of, yet have fallen in love with them from the second you heard the first note sung. Journeyman is a master at choosing features to be in his project, and we have full trust in him and his musical capabilities. With that being said… you can find us playing “Along The Way: the Journey Begins” on rotation for the foreseeable future.

Stephen Vicino is the founder of MusicExistence.com. He created this site to give talented musicians a voice and a way to be discovered.
@@svicino
Previous More Than Matter Expertly Blends Alt Rock and Hip Hop on Romantic New Single “Thick & Thin”
Next Swami Lushbeard Unleashes A Furiously Entertaining New Single – “#Enemy” Is Out April 1st