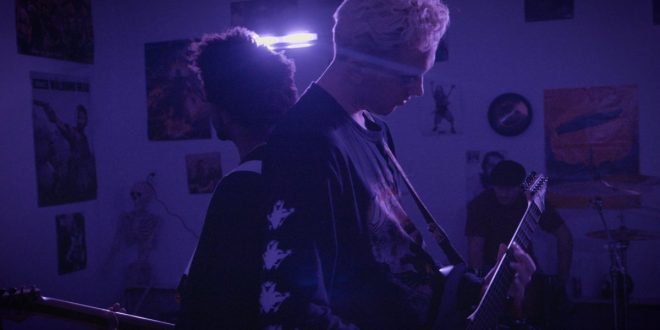 Bouncing between beat poet-style spoken word and harsh screams, the heavy downtuned band Generation Underground has debuted a new music video for their single “Nightmare Never Ending.” Written from a point of despair, the song is a battle with the voices in your head, a constant struggle with depression.

“I started writing the lyrics to this song as far back as December 2015 when I was in a very dark place,” says vocalist/guitarist Mike Florentine. “I wasn’t really 100% sure at the time of where it came from, but now I know that depression/anxiety runs in my family a bit.“

The aggressive, confrontational video was shot in the band’s New Jersey practice spot nicknamed “The Compound,” a highly secured facility with high fences and cameras. Knowing the surroundings only heightens the song’s anxious, conspiratory lyrics.

“Nightmare Never Ending” was released in 2018 on the Generation Underground’s self-titled debut album. The band plans to release a brand new record on April 20th.