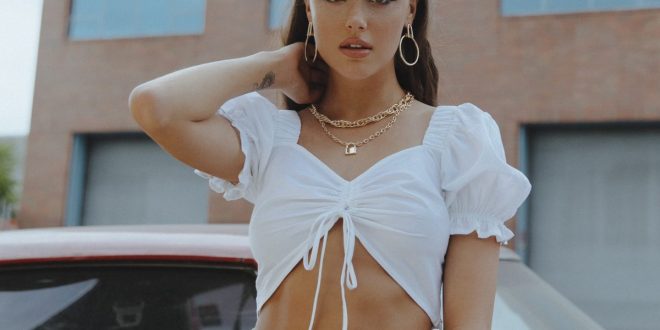 Today, Bailey Bryan released a music video for the single “Watered Down” off of her recently released EP Perspective. The “Watered Down” music video, directed by John Tashiro, depicts an emotional ballad by Bailey Bryan with an upbeat rhythm and an undeniable vintage feel. The video features Bailey singing in an empty swimming pool overlaid with film-like footage of fiery city lights and flashes of people dealing with the struggles of self-confidence, acceptance, and love. Bailey Bryan reassures the listener never to let anyone water down their confidence and leaves the audience introspective.

Bailey reflected on the creative process behind the video saying, “From the time I wrote this song, I wanted to sing it in an empty swimming pool. I saw visuals of fire and whiskey and other human faces struggling to find their confidence the way I was when I had this idea… The swimming pool is empty because my voice and my confidence and I take up enough space as it is. And if that makes me “too much”, that’s fine with me. The best people and things in life are gritty and potent, and unforgettable and maybe not for everybody, so my goal with this music video was just to create moments that captures the pain and the power that I find in that sentiment.”