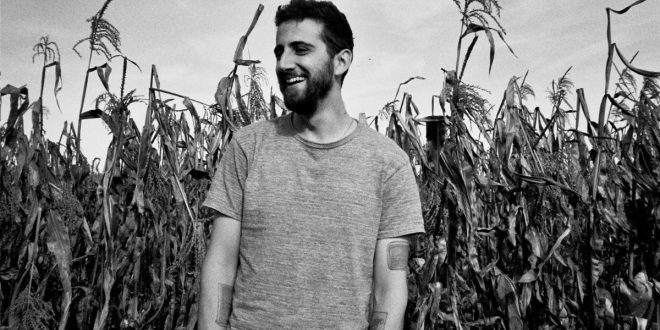 Empty Country, the newest project of Cymbals Eat Guitars’ Joseph D’Agostino, has shared live home videos of singles off of his recently released self-titled LP. So far D’Agostino has released three videos from the LP, “Diamond,” “Clearing,” and “Becca.” “Diamond” is the latest released in the series with more to come.

On “Diamond” D’Agostino said, “I began writing “Diamond” for my wife Rachel in October 2017, on our foreshortened honeymoon in Upstate New York. Rachel’s aunt had passed away after a long battle with leukemia the day before our wedding, so we would have to head back south for the funeral only a few days later. Rachel’s cousin had succumbed to bone cancer just three years prior. The days Rachel and I spent in the Catskills after our wedding were slow and unreal, suspended in amber. We walked on the rails of the derelict Ulster & Delaware like twin gymnasts on parallel balance beams, Esopus Creek slipping by beside us. We relished in having no cell service. Though we were less than a year into the Trump era, we were already exhausted and full of dread. We fell deeply in love with the region and made plans to move there from Philadelphia as soon as we could. On the morning we left NY, the weather shifted. The leaves took on the queasy dull luster that prefigures thunderstorms. But for two gold days, we postponed encroaching reality. It is now 2020. The shit is fully hitting the fan, and we haven’t yet left Philadelphia. The advance I mention waiting for in the song— the one we planned to use as a downpayment on a house— would never come. In January 2019, within 24 hours of handing in the Empty Country masters, I was promptly dropped by my manager, publisher and booking agent. This professional disaster kicked off what would prove to be one of the most challenging years of my life, one that I seriously doubt I would have made it through alive without Rachel. So this song is for her… but you can listen too if you’d like.”

Last week he released the self-titled LP, Empty Country Via Get Better Records. Empty Country is DAgostino’s fifth full-length album and the first outside Cymbals Eat Guitars. Under the new project D’Agostino was able to re-design his sound. “I treated the process of making this record a lot more like a first record,” D’Agostino says. “I got the chance to build everything meticulously, and think everything out in a way I hadn’t in many years.” 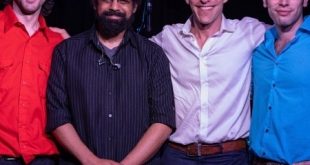