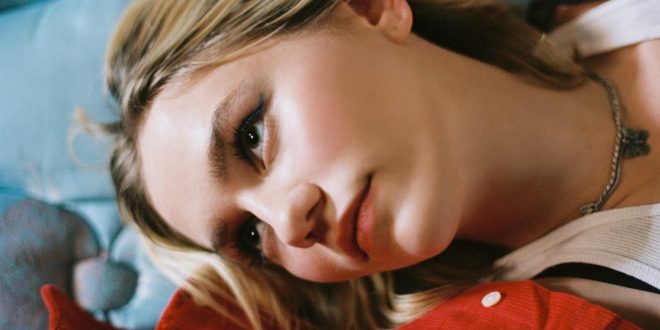 Alt pop singer Carlie Hanson is back with her first release of 2020 in the form of a dreamy, psych-pop song and video titled “Daze Inn.” Directed by Serena Reynolds, the video brings to life the catchy track, which is about trying to spend some down time together when in a young relationship. The video is an “Euphoria” inspired reality of being lost at the “Daze Inn.”

Named a VEVO DSCVR artist and dubbed a “master of pop bops” by Esquire, Carlie released her debut EP, Junk, in June 2019 and finished the year with an infectious single titled “Side Effects” in November. “Side Effects” quickly amassed 8.6 million global streams and was added to top streaming playlists. Carlie now has fans in superstars like Taylor Swift and Demi Lovato and has passed 67 million total global streams on her music. She called the release of “Side Effects” the beginning of a “new era” – “Daze Inn” is just the second track in the latest era of Carlie Hanson.

“Daze Inn was inspired by a spontaneous few days I spent holed up with my former lover, just escaping reality for a weekend…. It’s filled with bliss and nostalgia and everything we did together in our little hideaway,” Hanson said about the song.