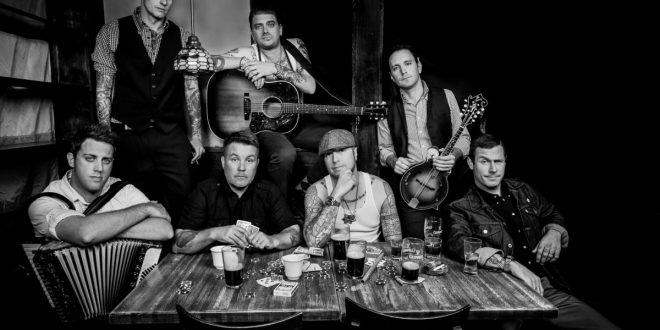 Dropkick Murphys have just released a new single, “Mick Jones Nicked My Pudding”–along with a B-side “James Connolly,” written by the band’s friend Larry Kirwan–direct to fans via www.DKMStore.com and dropkickmurphys.bandcamp.com. The band debuted the new single live during their Streaming Up From Boston St. Patrick’s Day concert on March 17. 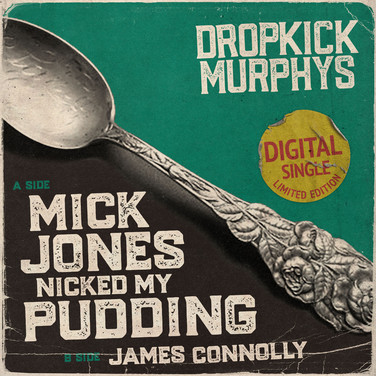 Streaming Up From Boston has now been watched more than 10 million times across multiple platforms, and was featured on the NBC Nightly News (March 18), CBS This Morning Saturday (March 21), CNN (March 23) and The Late Show With Stephen Colbert. Dropkick Murphys’ charity The Claddagh Fundraised over $60,000 for the city of Boston’s Boston Resiliency Fund in connection with the live streaming event. The free streaming concert was a #1 YouTube Trending Page, #2 Twitter Trending Topic across the United States, and a homepage feature on Twitch, as well as streaming concurrently via Instagram and Facebook Live. Streaming Up From Boston was sponsored by Boston-area tech company Pegasystems.

Watch NBC, CBS and CNN coverage of Streaming Up From Boston here:

In addition to Mick Jones Nicked My Pudding” / “James Connolly,” Dropkick Murphys recently released the single “Smash Sht Up,” and will release a new album on September 11 through the band’s own Born & Bred Records. “Smash Sht Up” is available digitally and on limited edition colored vinyl paired with B-side “The Bonny,” a cover of Gerry Cinnamon’s 2019 song.

NewYork Based Photographer. Music Enthusiast with a background in Graphic Design. Whether I'm shooting a live event or just out wondering the streets its about capturing the moment.
Previous Trivium Share Video For Title Track To “What The Dead Men Say”
Next Enslaved Announce New Album “Utgard” To Be Released This Fall