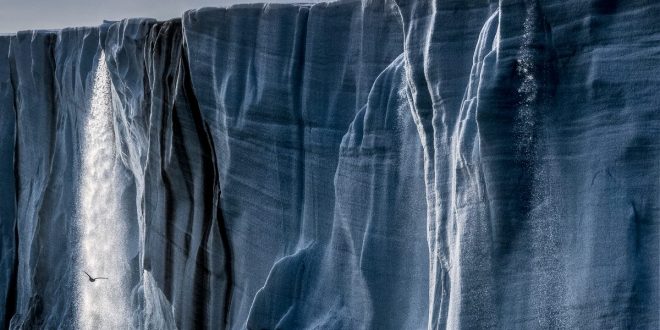 Gigaton –  /ˈɡiɡəˌtən/ noun: a unit of explosive force equal to one billion

Explosive force, that’s how Pearl Jam fans have been feeling for the past seven years as they have patiently waited for the band’s new album to arrive. Lucky for them, the wait will finally be over this Friday as the band is set to release Gigaton, their eleventh studio album via Monkeywrench Records/Republic Records. Despite the perils of society currently at the forefront of everyone’s mind, this album comes as a healthy distraction filled with subtle yet stringent reminders about how we can improve our everyday life.

To no surprise whatsoever, the previously released singles “Dance of the Clairvoyants” and “Superblood Wolfmoon” don’t provide a sonic representation for the rest of the album. Based off those singles, Pearl Jam hinted at giving fans a rock record filled with allusions to the 80s, but instead they have graced us with a soul enriching journey rooted with a strong acoustic presence. While the band sprinkles loud guitars and heavy drums throughout the record, the primary theme throughout Gigaton is the conscious decision to pair old sounds with new.

Fans will enjoy familiarity on songs like “Never Destination,” “Take the Long Way,” and “Quick Escape” that provide typical characteristics from Pearl Jam albums past. It’s here where drummer Matt Cameron gets his moment and also showcases guitarist Mike McCready’s ever evolving stance on guitar playing. Given the energy they emit, these three will make perfect additions to the setlist once Pearl Jam starts touring again.

Midway through the album, track six changes the course of the entire record. “Seven O’Clock” forces listeners to step back and acknowledge what the world has come to and warns of our future under a “bullshit sitting president.” A soft spoken Vedder remains somber yet hopeful throughout the entire song as he calls his audience to action during the track’s final moments. This take is a bit more nuanced than the band’s infamous 2002 “Bu$hleaguer” track criticizing George W. Bush that once earned them set pausing backlash at a live show in Uniondale, NY.

The band completes the album with a pair of tracks containing cinematic qualities that take the music beyond your average rock record. Long- time organist Boom Gasper displays his talents during both “Retrograde” and “River Cross” to build up each song into something larger than life. It’s here we hear small audible similarities to Vedder’s Into The Wild soundtrack from 2007, but overall the band chooses to end the album shining light on the possibilities of a brighter future.

It’s amazing how Pearl Jam continues to express the anxieties and concerns of society in such a beautiful and eloquent manner. After almost thirty years as a band, they still manage to take the worry and fear felt throughout the world and transform it into a beautiful piece of art to be shared amongst fans far and wide.

Pearl Jam took years to write this album but it’s relevancy to the pressing issues of today’s society are mysteriously accurate. The world is in an alarming place right now but instead of wallowing in our self-pity, this album is a solid reminder that we have the power to collectively change things. When life gets tough in the coming weeks (and it will get tough) just turn back to track six and remember “this fucked up situation calls for all hands, hands on deck.”