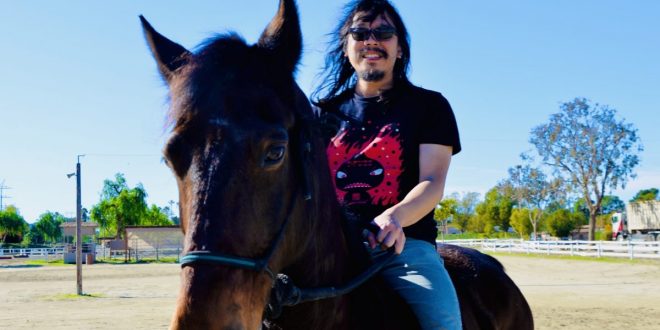 Toshi Kasai, the producer/engineer who has worked with a number of the era’s most experimental and groundbreaking artists including Tool, Big Business, Foo Fighters and the Melvins has spent the past several years recruiting some of the world’s best drummers to take part in Plan D, an experimental project that sees him “translate” drum beats into a medley of music via the use of triggered analog synths.

The result of those sessions come via four 12” releases arriving throughout 2020. The first is SW, which is available now, or you can pre-order the full collection (SW, NE, SE, NW) as a discounted bundle via Joyful Noise Recordings’ website (https://www.joyfulnoiserecordings.com/products/plan-d). Each 12″ is limited to just 300 hand-numbered copies. Featuring artwork by Mackie Osborne, with all four parts forming one complete “treasure map.”

“Plan D is a musical demonstration built for Dimension, Duration, and Dynamics,” explains Toshi. “My long time desire became real and it’s even better than I planned because of the support from talented, experienced drummers. The unique and individual styles of drumming each tell a different story. It became an experimental, conceptual project. I directed their stories by writing notes on the synthesizer and triggering them by drum hits.”

Click the image above or follow this link to see the process used to bring Plan D to life: https://youtu.be/tXFV3nkzwNE

“Toshi Kasai understands us drummers. This amazing collection of drum vignettes is a perfect example of how Toshi hears the music in our rhythmic patterns. I am not sure how he did it, something including MIDI I presume, but none of that matters, Plan D stands on its own as a completely new musical entity and I’m super proud to be a part of it.”

“Plan D is what happens when one of the best recording engineers/producers goes crazy with a bunch of world class drummers.” – Dale Crover (Melvins, Redd Kross, Nirvana)

NewYork Based Photographer. Music Enthusiast with a background in Graphic Design. Whether I'm shooting a live event or just out wondering the streets its about capturing the moment.
Previous In This Moment Postpone Spring Tour With Black Veil Brides
Next Feature: 10 historic full concerts to watch while social distancing