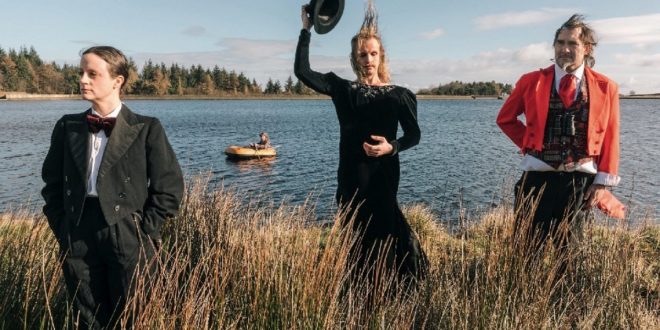 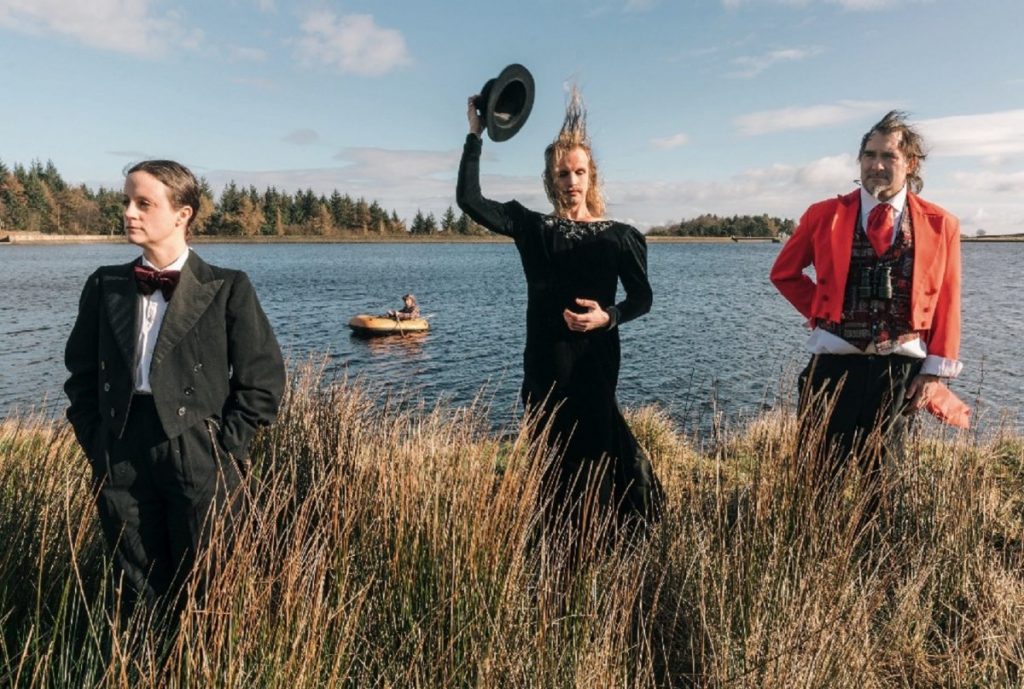 Drawing us into their web of melodicism like a sorcerer conjuring up some sort of ghostly pinwheel, the guitars in Frogbelly and Symphony’s new single (and its music video) “Benjamin Went Fishing” are arguably the most glowing quality that the song has to offer, but make no mistake about it – this is no small statement for any critic to make. With “Benjamin Went Fishing,” the folk-rocking Frogbelly and Symphony put a lot of stock in their instrumental prowess and ultimately emerge from the recording studio with some of their most entrancing content to see widespread release so far.

The strings aren’t the only fetching feature that this single has for us to explore, and thanks to the highbrow production style of both the song and the video, there isn’t a component within the music that we aren’t able to fully appreciate. The relationship between the vocals and the gentle rhythm they accent is surprisingly complicated, and though it’s juxtaposed with a relatively simplistic structure in the bassline – and the actual lyrics that our singer is conveying – the contrast is essential to the release in the chorus being as exuberantly climactic as it is.

Indie rock connoisseurs who enjoy a pinch of folk-inspired aesthetics every now and again really shouldn’t skip out on Frogbelly and Symphony’s “Benjamin Went Fishing” this season, as it may well be the best example of this band’s talents that we’ve collectively been given access to. “Benjamin Went Fishing” is a profoundly melodic and undisputedly multidimensional composition that doesn’t ask anything out of its audience in exchange for three minutes of pure sonic pleasure, and as unfortunate as it is for me to admit, that’s not something that you can find every day in popular music anymore. If anything, this track is a bit of a rarity in 2020.