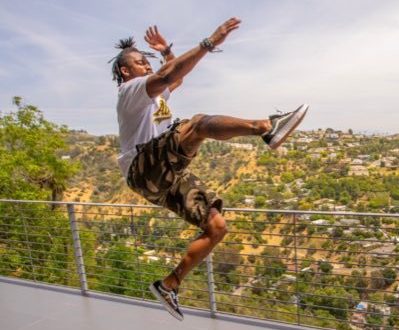 Before music became his calling, Marquette King achieved stardom in the NFL as a punter, first for the Oakland Raiders and then for the Denver Broncos. The Phoenix, AZ native’s passion for music, however, remained strong. It would soon become a priority once an injury forced him out of football temporarily before joining the St. Louis Battlehawks. Meanwhile, his consistent single output in 2019 provided him a presence in the hip hop scene, as well as a supplemental and viable career.

King’s first single to kick off the new year is “This Side,” which features an instantly catchy synth sequence. Even with his chorus voice mostly processed in effects, the delivery works to his benefit as its tone still complements that of the instrumentation. Guest rapper Annabelle flows nicely and covers the song’s thematic standpoint, emphasizing the efficacy of success through traditional hard work. King also balances the smoothness of Annabelle’s tone with his more straight-ahead delivery, noting the instance where one’s talking a big game often gets them by. In essence, this song makes an ideal accompaniment in celebrating the payoff of an honest man’s struggle, as well as one coming to terms with their authenticity. Just as well, it is an instance where a sports star’s transition into music is genuine.

I come from a family who is passionate about all things music. I learned to sing at an early age, and by 13, had my very own Fender Strat guitar. I tried my hardest at learning all that I could. Because I was born with cerebral palsy, I had to teach myself an adaptive playing style. I learned to write and record my own music, despite these difficulties. In college, I started making great use of my writing abilities by reviewing music, as well as copy editing. I guess it's best to stick with what you know, while welcoming a fair challenge at the same time.
Previous …and Oceans Release New Single “Vigilance and Atrophy”
Next Cold Announce “A Different Kind of Tour” 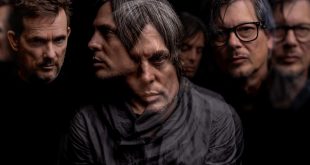