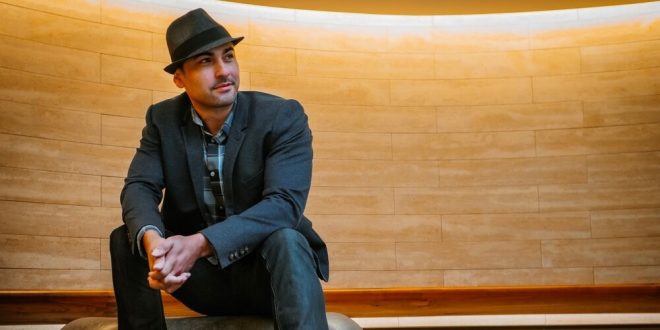 Rick Habana is a jazz multi-instrumentalist, composer and producer based in Los Angeles. Having developed high proficiency in those skillsets, he has been able to carefully construct arrangements consisting of silky, poignant guest vocals and graceful, fluent instrumentation. His debut single, “Coast,” featuring up-and-coming, prolific singer/songwriter Kahlil, proved a solid entry on streaming sites, and established his footing on an independent scale last year.

This time around, Habana’s latest single, “Smooth It Out,” is especially emphatic of his primary stylistic approach. On a foundation of warm, vibrant bass grooves, Habana’s lead melodies are refreshing to modern ears, soaring melodiously while enhanced by tinges of reverb. Sensual female vocals express the main lines for the song, reintroducing imagery of an ideal time at the beach, with soft sand and big waves. I appreciate how, in the event of the percussion being removed in the song’s latter half, there’s a kind of gentleness akin to a cool breeze, and the pleasing sensation from gentle water remnants. In a sense, Rick Habana offers much-needed, feel-good escapism from the madness affecting society today, and will further prove an asset to listeners as this decade goes on.

I come from a family who is passionate about all things music. I learned to sing at an early age, and by 13, had my very own Fender Strat guitar. I tried my hardest at learning all that I could. Because I was born with cerebral palsy, I had to teach myself an adaptive playing style. I learned to write and record my own music, despite these difficulties. In college, I started making great use of my writing abilities by reviewing music, as well as copy editing. I guess it's best to stick with what you know, while welcoming a fair challenge at the same time.
Previous Ozzy Osbourne’s ‘Ordinary Man’ Video Debuts Today
Next Lamb Of God Unveils Guitar Playthrough for “Checkmate” Single