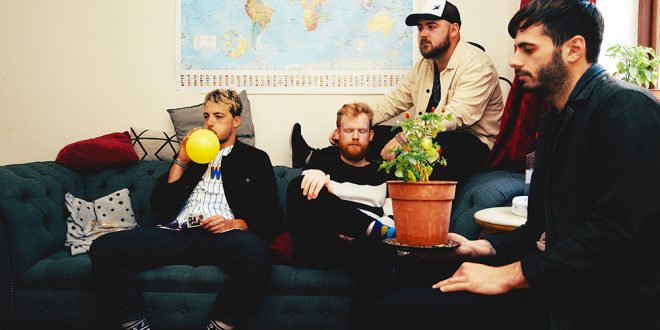 A combination of raging guitars and driving rhythms alongside dark electronic and subtle trip-hop influences … The Hideaways return with new single ‘Luminescence’.  Produced by Matt Glasbey (Editors, Marmozets), you can stream it below –

“I reckon Luminescence is a spot on example of what we’re about musically” says frontman Danny Pugh. “When we’re writing we always try to stick a few left turns in tunes that might catch people off guard a bit. That’s what we wanted to get from mixing the psychedelic, eerie choruses with all the snarl and noise in the verses. Then for the outro we just wanted something massive that’d give everyone a proper melodic smack in the face”.

The Hideaways also continue to build their reputation as a ferocious live act, having supported established names like Shaun Ryder and Little Comets alongside sharing stages with such up and coming bands as Fangclub, BERRIES and Football FC.