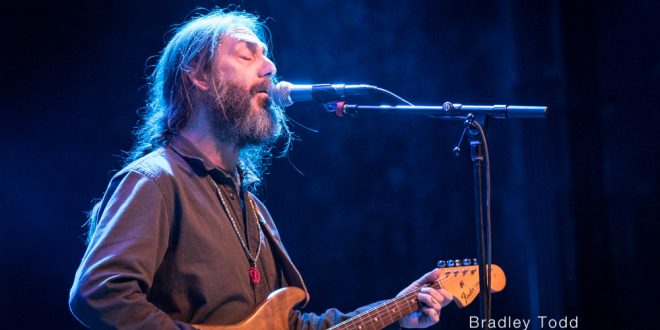 Major league baseball players have reported for Spring Training…and so have The Black Crowes! Fresh off their announcement of their recent reunion and upcoming summer tour, where they will perform their hit debut album Shake Your Moneymaker in its entirety, the brothers Robinson, Chris and Rich, have embarked on a warm-up tour under the Birds Of A Feather moniker.

The BOAF endeavor is just the brothers on stage with one guitar and one harmonica, airing out some of the hits they’ll be doing on the summer tour, along with some deeper cuts and covers. It’s a good way to keep the band’s name in the headlines during the gap between the announcement of this summer’s tour and it’s actual beginning in June, as well an opportunity for the Robinsons to reconnect musically and personally, after a multi-year estrangement.

Birds Of A Feather played the intimate Lincoln Hall venue in Chicago on February 27th, and the evening was a great success, especially after some publicized audience interruptions in Philadelphia in which too many Chatty Cathys were talking aloud and distracting the group from the acoustical task at hand. Chris Robinson made light of the Philly situation in complimenting the Chicago crowd for how engaged they were. And the Chicago Crowes faithful had no reason to be thinking about anything other than the performance before them, because it was crisp, clean, and tight from beginning to end (see setlist below). Chris’ voice was in mid-tour form, strong and resonant, and he was in a chipper mood all evening, regaling the crowd with entertaining stories like the one about the night they hung out with the Allman Bros. and were ultimately dispersed by the fire department…or was it the cops? Haha… Rich was getting over a cold and subdued, returning to singing after a few nights of refraining due to a rough voice. But his fingers showed no signs of illness as he deftly plucked and strummed his acoustic guitar, creating magic for Chris’ voice to dance with.

Whether Chris and Rich Robinson’s familial and musical reunion will last beyond the Crowes’ summer tour is anyone’s guess… and they’re probably taking it one step at a time and seeing how it goes. But if the Birds Of A Feather jaunt is any indication, it is a step in the right direction.

(*Editor’s Note: Lead photo from article is from a Chris Robinson Brotherhood performance on 1/25/19 that Music Existence covered, as coverage of this event was for review only)

Bradley Todd is a Chicago based concert photographer who also shoots people (only w/ cameras), events, places and things
@@bradleytphoto
Previous Ozzy Osbourne’s Ordinary Man is the #1 rock album in the world
Next Live Review: Mt. Joy at Scotiabank Arena in Toronto, ON (03.03.2020) 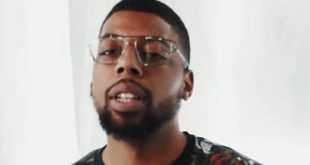