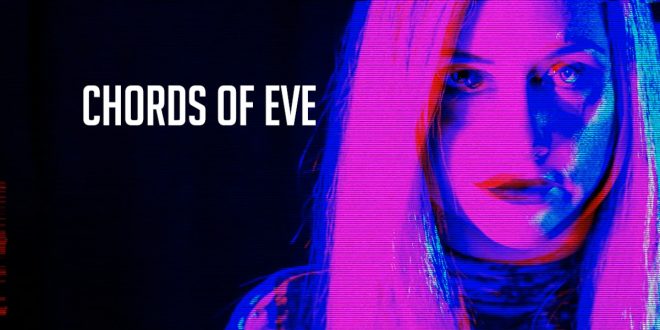 The Austin, Texas-based project fronted by multi-instrumentalist and producer Atlas Cage released their debut single and video for “Brightside.”

In the words of Sky Titan Media founder and member of Chords Of Eve, Atlas Cage, the alt-pop electronic group hails from “a dimension running parallel to your own.” Joining Cage in Chords Of Eve is the android C.A.S.E.Y. (the first model, serial number 189-5-00) aka Casey Ardmore. Hoping to make a genuine connection with music fans of this universe, the self-proclaimed “futuristic psych pop” group are releasing their debut single on Friday, February 28th. “Brightside” is from the Austin, Texas-based project’s forthcoming EP, Dear Engineer. The EP is scheduled for April 10th release, galaxy-wide.

“It is the merging of human and machine, melting into the minds of those who have felt the need to be both flesh and warmth as well as steel and strength,” explains Cage, describing Chords Of Eve. “It’s chill but also strong, empowering and defiant. We want those who listen to our music to feel connected, even in times where they could feel the most isolated. We want people to feel as if someone understands them, that they have been seen.”

A second single, “The Future’s Not What It Used To Be” will be released on March 27th: https://ditto.fm/the-futures-not-what-it-used-to-be