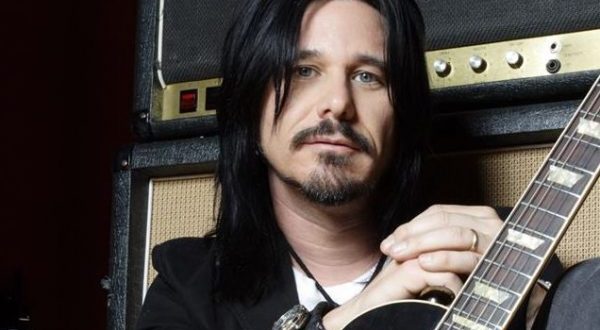 3
SHARES
FacebookTwitter
Gilby Clarke is rocking into 2020 with the fiery new single “Rock N Roll Is Getting Louder,” marking his first new solo music in 17 years. The rebellious and anthemic track, written by the acclaimed guitarist (ex-Guns N’ Roses), singer and songwriter, “kicks off with raw, rumbling bass and the kind of guitars the Stones might have played if they’d grown up on 80s metal instead of the blues,” according to the UK’s Classic Rockmagazine (2/10/2020). “Rock N Roll Is Getting Louder” will be featured on his new album THE GOSPEL TRUTH due out later this year via GOLDEN ROBOT RECORDS. Listen to an audio stream of “Rock N Roll Is Getting Louder” at http://smarturl.it/GC-Getting-Louder. Read a Q&A with GILBYbelow and stay tuned in the coming weeks for the music video premiere.
THE GOSPEL TRUTH was produced and written by Gilby at his Los Angeles recording studio, Redrum Recording, where he’s also produced records for artists including L.A. Guns, The Bronx, Beat Angels, Bullets and Octane and many more. The album was mixed by Grammy-award winner Chris Lord-Alge and mastered by Maor Appelbaum and includes Muddy Stardust on bass, Kenny Aronoff (John Mellencamp, John Fogerty, Chickenfoot) on drums along with Matt Starr (Ace Frehley, Mr. Big) and Chad Stewart (Faster Pussycat, L.A. Guns) on backing vocals.

NewYork Based Photographer. Music Enthusiast with a background in Graphic Design. Whether I'm shooting a live event or just out wondering the streets its about capturing the moment.
Previous Tombs to Host Gimme Radio Special on Friday, February 28
Next Talking Book Set April 24 Release for Talking Book II     ​