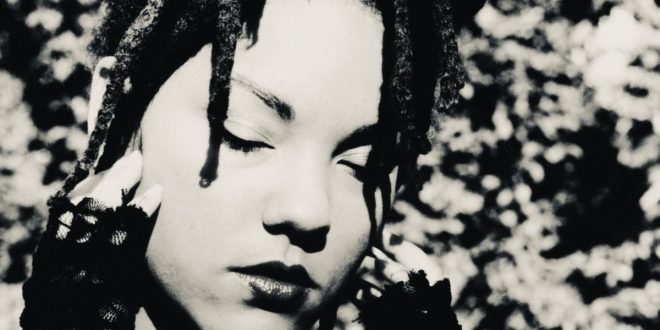 Angelica Marie Dresp is a singer, actor, model and dancer based out of Seattle, Washington. Throughout her life, she has pursued these paths professionally, each to varying degrees. However, one pursuit of resonance to her was music, having grown up immersed in the underground scene. She would proceed to craft her own genre identity from within – ‘EmoTripPop’ – which is described as featuring “stifling bass lines, moody synth lines, and driving beats.”

After debuting a solid prolific run of singles last year under the name AnGeLLikeFire, Dresp is gaining traction in 2020 with her latest single, “HaLLoWWHoLE.” While the song does continue to fit the aforementioned group of descriptors, this time it seems to lean toward a rawer, gothic sounding approach, given the murkiness of the instrumentation and Dresp’s distorted vocals. I can appreciate how its interesting progression is implemented, as it contrasts between initially symphonic elements and more blunt, minimalistic tendencies. Nearly a decade since AnGeLLikeFire kickstarted her career, she is undergoing another level of stylistic experimentation that is sure to take shape on her upcoming album, LoVe, LiFE, & LiBERTY, as this decade moves forward.

I come from a family who is passionate about all things music. I learned to sing at an early age, and by 13, had my very own Fender Strat guitar. I tried my hardest at learning all that I could. Because I was born with cerebral palsy, I had to teach myself an adaptive playing style. I learned to write and record my own music, despite these difficulties. In college, I started making great use of my writing abilities by reviewing music, as well as copy editing. I guess it's best to stick with what you know, while welcoming a fair challenge at the same time.
Previous Dropkick Murphys & Rancid Announce Co-Headlining “Boston To Berkeley II” U.S. Tour With Special Guests Gerry Cinnamon & Jesse Ahern
Next Single review: Lamb of God – Checkmate