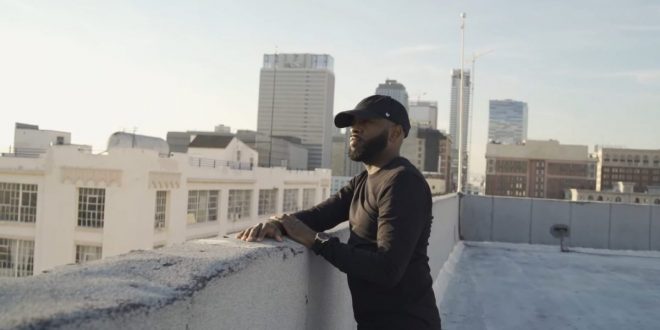 Cliff Henderson V is an emerging rapper based in Pittsburg, California. Debuting near the tail end of the previous decade under the name Fifth (which is derived from the suffix in his full name), Henderson’s sound embraces a range of classic and modern influences, from Tupac Shakur and Jay Z to Nipsey Hussle and J. Cole. Within a relatively short span, he was featured on two high profile docuseries – Leah Remini: Scientology and The Aftermath: The Jehovah’s Witnesses, which catalyzed his presence within the west coast hip hop scene.

Fifth’s latest single is “Cost of Doin’ Business”, a track equally catchy and pertinent. While a somber, piano-based chord sequence sets the tone for the main melody alongside deep bass accentuations, Henderson speaks about his having an epiphany. An ex-Jehovah’s Witness, Henderson’s thematic angle centers on coming to his senses (or, as he puts it, “growing up”) based on being oppressed for so long, and noting the general holes of the religion’s ethics for himself. As a result, his awareness comes at the expense of having been cut off by many family members and friends, who remain loyal to the church. By the second half of the song, he is grateful for his newfound freedom, despite this sacrifice, and recognizes that such an opportunity should not be taken for granted. Based on the progression of the song’s theme, it ultimately emphasizes trusting God’s genuine presence in one’s heart, rather than through institutional confines.

I come from a family who is passionate about all things music. I learned to sing at an early age, and by 13, had my very own Fender Strat guitar. I tried my hardest at learning all that I could. Because I was born with cerebral palsy, I had to teach myself an adaptive playing style. I learned to write and record my own music, despite these difficulties. In college, I started making great use of my writing abilities by reviewing music, as well as copy editing. I guess it's best to stick with what you know, while welcoming a fair challenge at the same time.
Previous Gallery: Steel Panther at the O2 Victoria Warehouse Manchester (09.02.2020)
Next Melanie Martinez shares new song “Copy Cat (Feat. Tierra Whack)” + tour dates